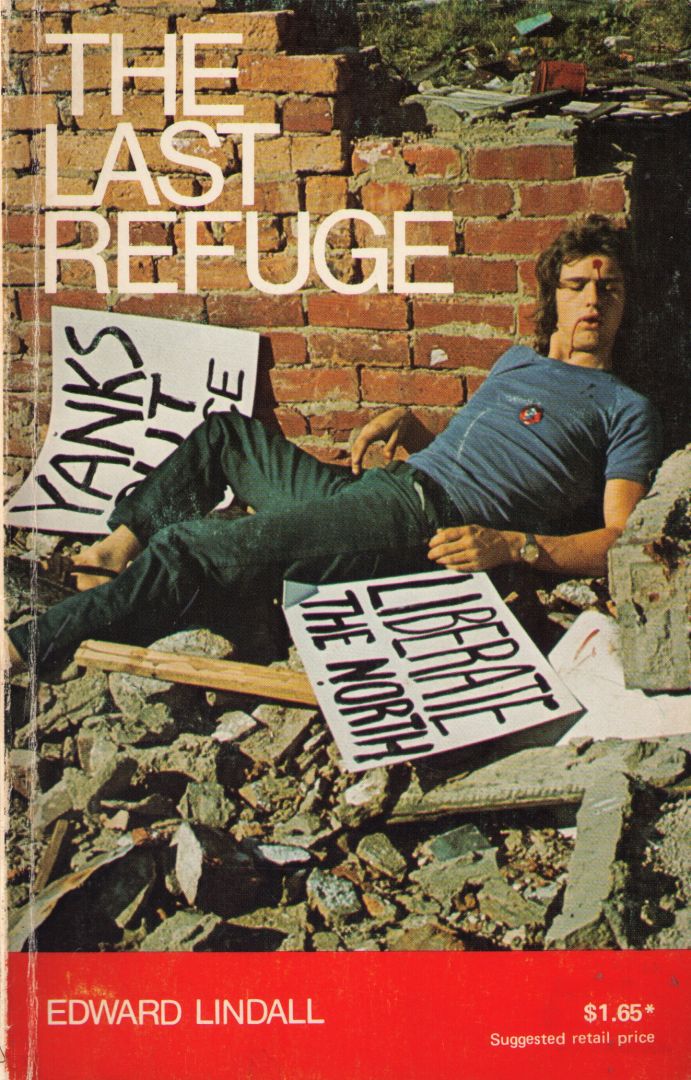 Caught between the dollar-hungry Americans who wished, with the complicity of the Australian Government, to buy out the Northern Territory, and a bunch of Maoist Australian guerrillas, who were prepared to use all methods to stop the deal, Landon had to play a cool game and win.

To win this deadly game, Landon has to face more than death; to infiltrate a radical political group takes a lot of guts. And that’s what makes a security agent. But it’s not all business and amidst the clash of ideologies and personalities, Landon, as do all secret agents, found a tasty bird in the midst of the fighting.

But this isn’t a romance story, sex like politics can be a hard struggle, and this novel is a hard-hitting, fast moving spy thriller set in a fast moving hard-hitting country.”

Based in Hawthorn, Gold Star Publications appeared to have a left wing, nationalist bent, in keeping with the politics of the time.

It brought out a number of books in the early seventies. These included non-fiction works on topics related to Australiana, sexuality, humour and industrial policy. It also released several works of fiction. Another of Gold Star’s crime offerings was called The Creeping City, a tale of corruption and labour politics set on Melbourne’s wharves.

As was the case with most locally produced pulp in the early seventies, Gold Star’s books mostly feature photographic covers, like the one for The Last Refuge, which help them to convey a wonderful fly on the wall tabloid feel.

I have so far been unable to locate anyone involved in Gold Star Publications. Most of the authors they published appear to be dead and even tracking down a complete list of their books has proven difficult.

There are a lot more Australian pulp covers from the seventies, including for the few Gold Star books I have been able to track down, on my Pinterest site.