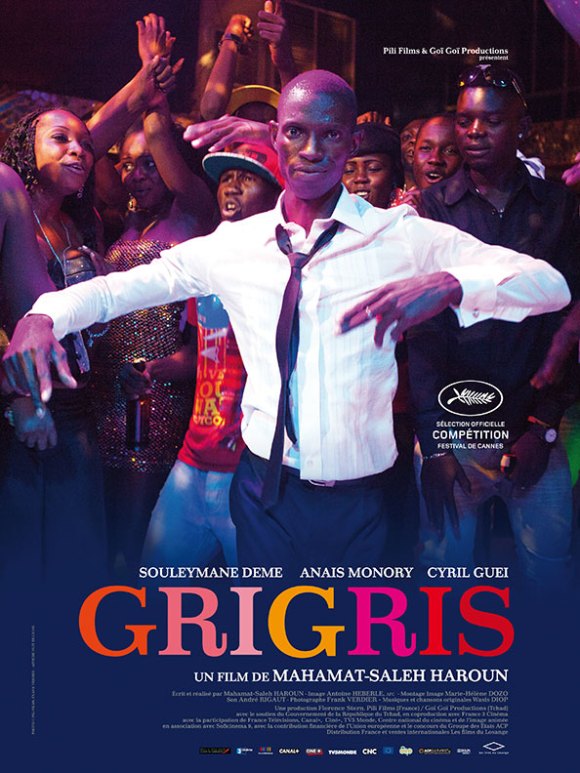 Directed by French-Chadian Mahamat-Saleh Haroun, it focuses on a young physically handicapped Chadian man who earns a living as a photographer and dancer in nightclubs, but yearns to make enough money to pay Mimi, one of the hostesses in the bar he works in, to marry him. When the opportunity to take part in a petrol smuggling racket presents itself, he jumps at the chance, with devastating consequences.

I know very little about this 2013 Indian/UK co-production except it’s billed as an Indian noir. Set on the streets of Mumbai, it deals with an idealistic rookie cop trapped between a trigger-happy police chief and a local gang assassin. I loved the two-part sprawling Indian crime saga Gangs of Wasseypur, which played as part of MIFF 2012, so I’m interested to see what Monsoon Shootout has to offer.

There were a number of films I wanted to see that are playing as part of the ‘New Arabic Cinema’ part of the 2013 MIFF program, but I selected this one. Death For Sale is a French/Belgium/Moroccan film set in the Moroccan port city of Tetouan, and tells the story of three thieves, a rookie, a fundamentalist and an ex-con, who plan to rob the town’s biggest jewelry store. A hard-boiled heist film set in Morocco? That’s got to be interesting.

A Touch of Sin

Part of the ‘Accent on Asia’ section, there’s lots of hype around A Touch of Sin.

Directed by Jia Zhunghe and nominated for the Palme d’ore at Cannes in 2013, it tells four stories set in modern-day China; a miner fighting against corruption, a migrant worker, a receptionist assaulted by a rich client and a young factory worker. I have very high expectations of this one.

Call Girl is a sordid tale of child prostitution and its links to Sweden’s police, military and economic elite. Normally I am pretty lukewarm on Scandinavian crime movies, but the fact it’s billed as similar tone to the classic US thrillers of the seventies (my favourite period of US cinema) and supposed to be inspired by real events, piqued my interest. Also I’m a succor for seventies period detail. Director Mikael Marcimain served as second unit director on Tinker tailor Solider Spy, which had a great seventies feel.

The Act of Killing

Joshua Oppenheimer’s The Act of Killing is a documentary about the anti-communist purges that took place in Indonesia after the 1965 overthrow of then president Sukarno. Despite the fact that the trauma from the event has had a huge impact on Indonesia society, very little is know about it. The Act of Killing not only shines a light on this events, Oppenheimer was successful in getting many of the actual perpetrators to re-enact their crimes on camera in the style of their favourite genres: gangster, western and musicals.

I cannot wait to see this film.

This 1977 film is probably the only Italian Giallo horror film shot in Australia. A police inspector (Ralph Milland, start of the classic film noir, The Lost Weekend) is brought out of retirement to investigate the murder of a woman. The case quickly becomes intertwined with waitress having affairs with her husband’s best friend and a sugar daddy. Playing as part of the Italian Giallo section of MIFF, I’ll probably also try and catch the 1968 Elio Petri film, A Quiet Place in the Country.

You can see the entire MIFF program here.

See you at the Festival.