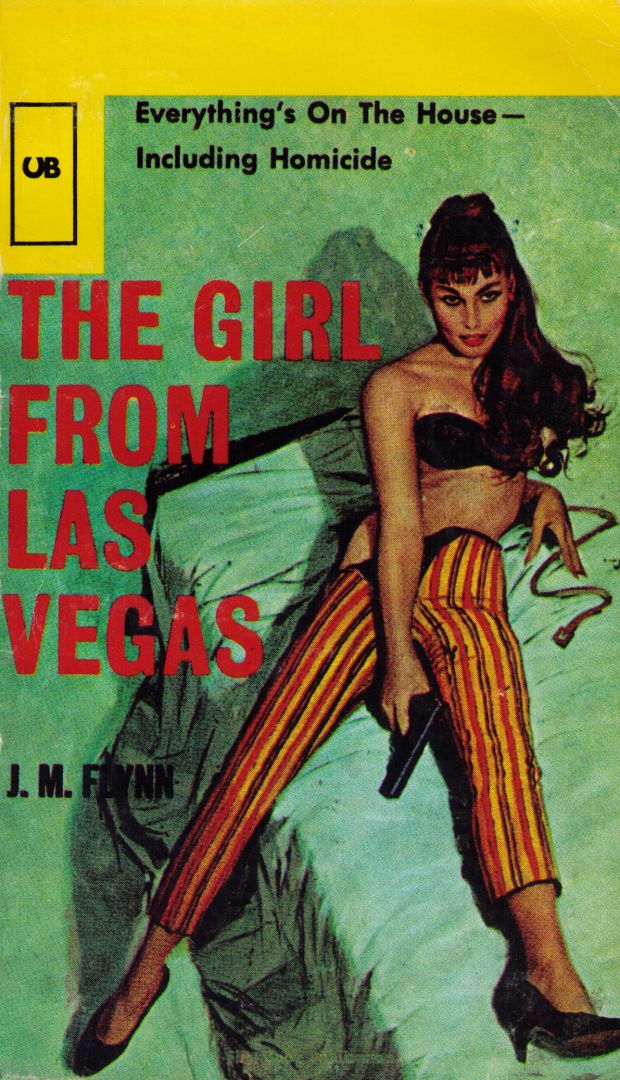 Ace Paperbacks originally published The Girl From Las Vegas in 1961 (cover below). I often draw a blank in my efforts to track down more in-depth information about these knock off pulps. But in this case, I was a lot more successful thanks to a wonderful article on an unfortunately now defunct site called Mystery File: The Crime Fiction Research Journal.

J.M.Flynn is Jay Flynn, a US crime writer who penned numerous pulps in a career spanning the fifties to the late seventies. He wrote 12 books as J.M. Flynn and ten as Jay Fynn. He was also rumoured to have written a number of Westerns.

His Jay Flynn books included a series of five books featuring a hard living Irish American James Bond-type character, who tangled with everyone from the Mafia to Nazis hunting for lost gold. Of these my favourite is A Body For McHugh, published in 1960 (“She was beautiful, Beat, loaded for love – why did the Mafia want her dead?”).

It sounds like Flynn dug didn’t have to go to far from material for the character of McHugh. According to Mystery File, Flynn he was:

“a hard-drinking, rough-living, blarney-spouting Boston Irishman. Ex-GI, newspaperman (ten years as a crime reporter on the Portland Express, Portland, Maine; stints on the San Jose Mercury and other California papers), bartender, editor, mystery writer, sex novelist, bootlegger, security guard, caretaker, and (so he claimed) prisoner in a hell-hole Mexican jail on a trumped-up charge and “writer-in-residence” at a Nevada whorehouse. A screw-up of the first rank, with sometimes hilarious results.  Lousy luck with women and games of chance, much of it of his own making.”

He died of cancer while only in his fifties. 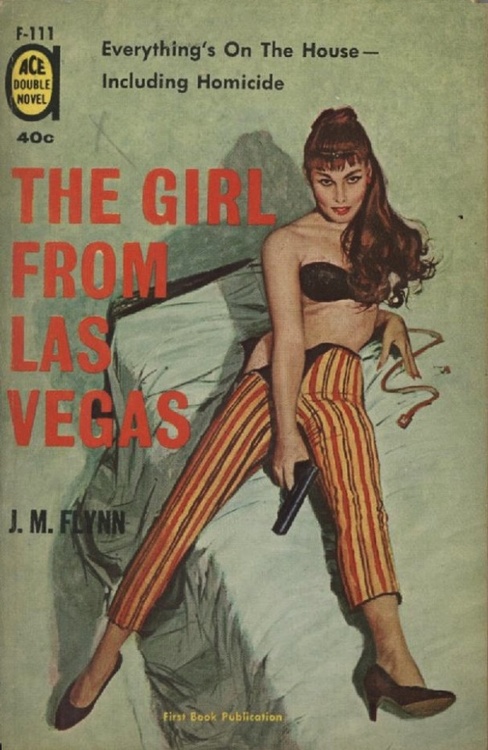