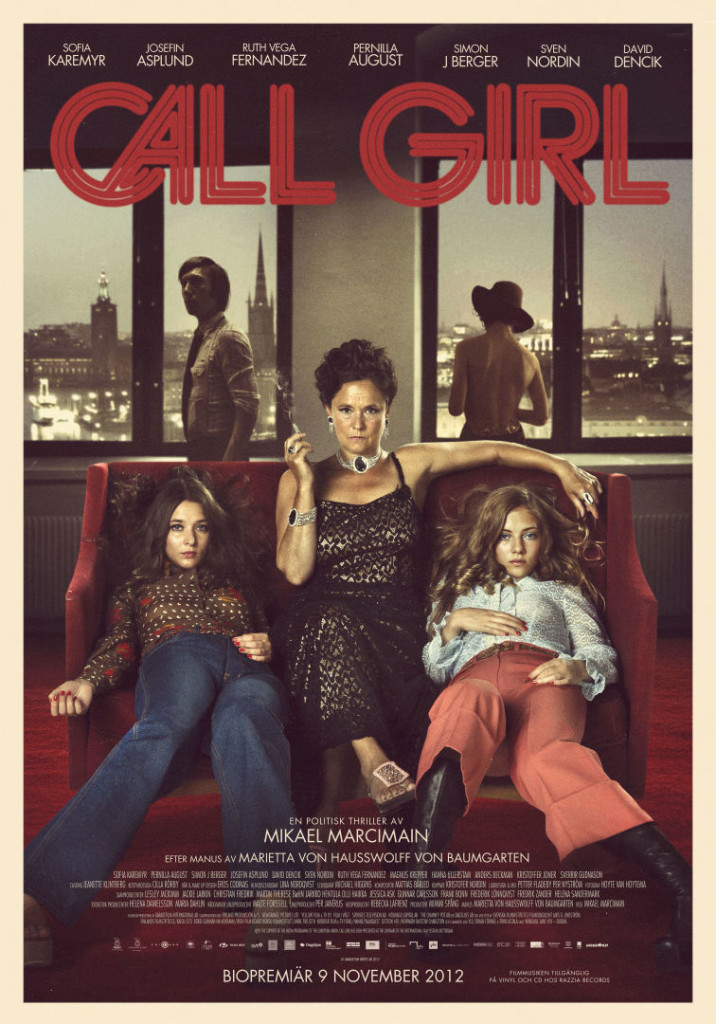 Dagmar runs a call girl operation. Not just any call girl racket. Her clients include senior civil servants, politicians (including the Minister of Justice) and police. All of them, if the film is to be believed, have an insatiable appetite for sex.

The operation has caught the attention of two vice squad police who want to bust it open. Members of the Swedish secret service are also monitoring Dagmar and are desperate to avoid the fact that senior members of the administration are frequenting call girls from becoming public so close to an election.

A number of factors elevated this movie beyond being just another Nordic police procedural. Chief among them is the absolutely sumptuous seventies period detail. The interior design, the clothes, the soundtrack, all of it feels one hundred percent authentic. Not surprising perhaps, because Director Mikael Marcimain served as second unit director on Tinker Tailor Solider Spy, which also had a great seventies feel.

The film also does a wonderful job of contrasting the talk of Sweden as a market socialist paradise – the story is interspersed with political rallies at which politicians talk about sexual equality – with the reality, a nightmare world of double standards and sexual exploitation. 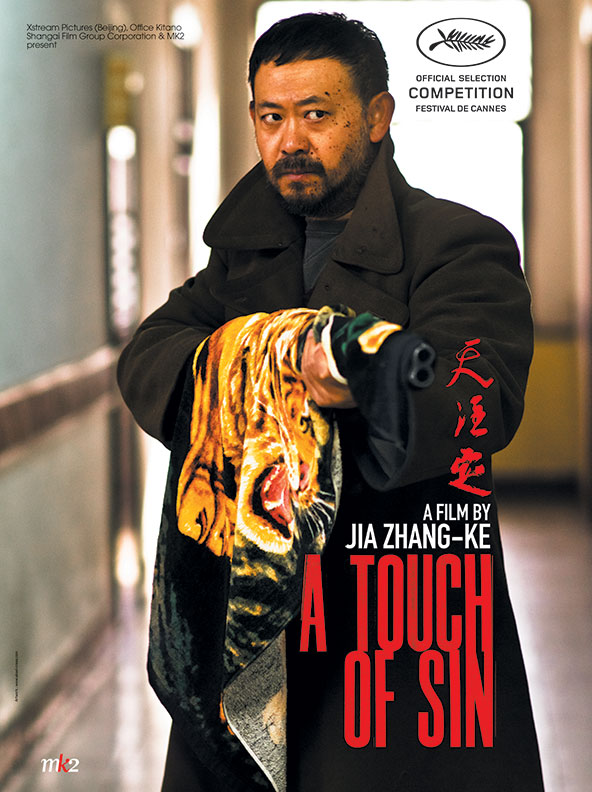 A Touch of Sin is set in an environmentally ravaged landscape where alienated individuals wander around, at the mercy of criminals and the rich. No it’s not some alien planet, it’s the new China, a place where the animals are treated like shit and the poor even worse.

Directed by up and comer Jia Zhunghe and nominated for the Palme d’ore at Cannes in 2013, I had high hopes for A Touch of Sin. Maybe I had seen too many movies at MIFF about members of the underclass in various developing country hell holes struggling to get a leg up, but this movie did not work for me.

The first (and best) story is set in a bleak post-industrial town where the local communist party chief and his cronies have enriched themselves to an obscene level by selling off state property and pocketing the proceeds. One man tries to get answers and will not give up, even in the face of being bribed and threats to his life. It effectively shows the various levels of corruption operating in Chinese today. It also has a neat little spin on Mao’s famous adage that “power grows out of the barrel of a gun”.

Unfortunately, it is down hill from there. Part two is an incredibly obtuse tale about a robber/hit man (I wasn’t sure which) who returns to his native village to celebrate New Year with a wife and child with whom he is completely alienated from.

Part three concerns a receptionist in a massage parlor/brothel, who discovers the married man she is having an affair with has no intention of leaving his wife.

Part four is the story of a young man who flees his dead end job at a textile factory (managed by the unfaithful husband in part three) to work in a bizarre  communist nostalgia themed nigh club for high rollers. Disillusioned when the hostess he likes refuses to leave her job to be with him, he leaves for another dehumanising factory position. Throughout his story the young man struggles to try and find some meaning. Meanwhile his parents, who he desperately wants to please, just want him to send home more money.

A Touch of Sin has some wonderful touches and the ending is terrific. But it was also too long, too heavy-handed and way too vague for my liking.