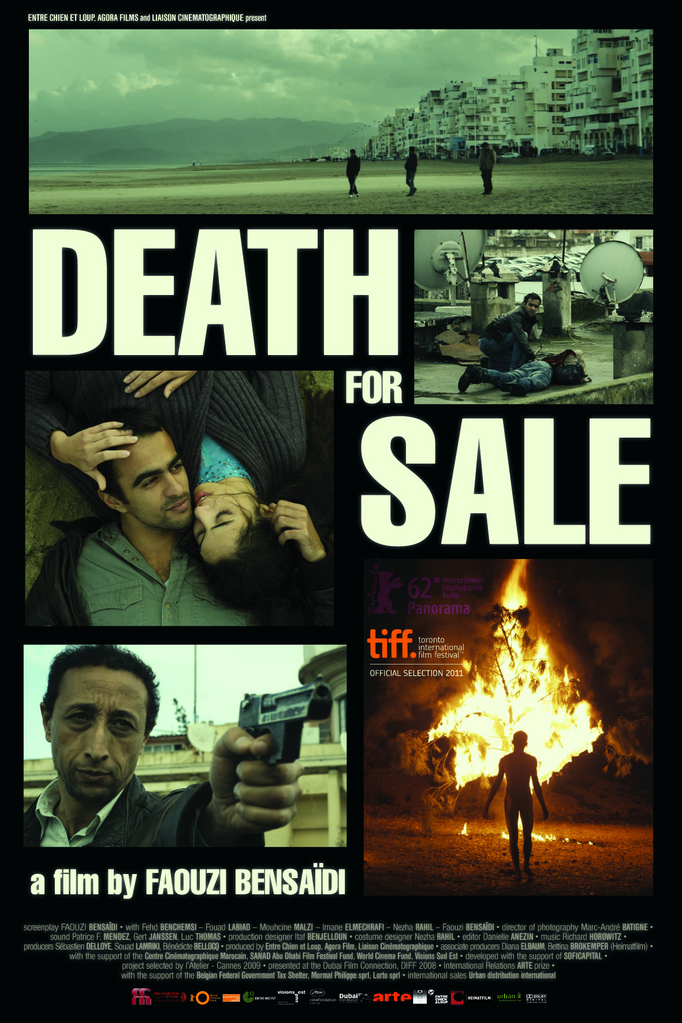 Life is tough in Tetouan and every one does whatever they can to get by. The three men bag snatch when they can, Malik’s sister steals from the garment factory she works in, and Dounia whores herself. Life looks like it will go on, a slow burn of frustration and petty crime, until a police crackdown results in a large chunk of Tetouan’s underworld, including Dounia, being imprisoned.

The crackdown also sends the men in different directions. Fearing arrest, Allal flees to the mountains. Malik comes into the orbit of a particularly venal cop called ‘The Inspector’ and turns snitch in order to get Dounia released from jail. Soufiane is apprehended by a group of students after a bag snatch goes wrong and is almost killed except for the intervention of a group of men from a nearby Islamic school.

At this point, Allal reappears with a plan to take over the city’s drug trade. All they need is seed money. He proposes that the three of them rob a Christian jeweller. Meanwhile, The Inspector is leaning on Malik for information and all Soufiane can think is how he can prove himself to his new fundamentalist mentors.

Death for Sale could have been a little tighter in places. That said it has some wonderful moments and is a genuinely compelling glimpse of the mean streets of Morroco. The story is ripped straight from classic heist films like Asphalt Jungle and it works a treat.

It’s showing for the second time on Tuesday, August 6, so get to it.

In a similar theme is the 2013 French/Chadian movie, Grigris. It tells the story of a 25 year-old-man, Grigris, who is severely paralysed in one leg. He spends his days helping his mother and his emphysemic stepfather and his nights dancing in the capital, N’Djamena’s nightclubs.

Much like the three friends in Death for Sale, Grigris has ambitions of a better life. His financial pressures increase when his stepfather is admitted to hospital. Grigris also has designs on marrying Mimi, a hostess at one of the clubs he dances at. In order to bank roll this, he goes to work helping a gangster smuggle petrol.

When his stepfather’s condition worsens, leading to an increase in the hospital bills, Grigris decides to hijack one of the loads of petrol he is supposed to be smuggling and sell it to pay the bills. This brings the wrath of the gangster down on him and he and Mimi are forced to flee for their lives.

This film was nominated for the Palme d’Or at the 2013 Cannes Film Festival and it is not hard to see why. It is beautifully shot and acted. Souleymane Deme is particularly amazing as Grigris.

But two things about this film particularly stood out to me. It resisted the temptation to go in the direction of other African crime films I have seen and degenerate into a crude shoot ‘em up. Second is the ending, which is both surprising and uniquely African.

It’s not playing again at MIFF but if you get a chance to see it, take it.