In search of a proletarian James Bond 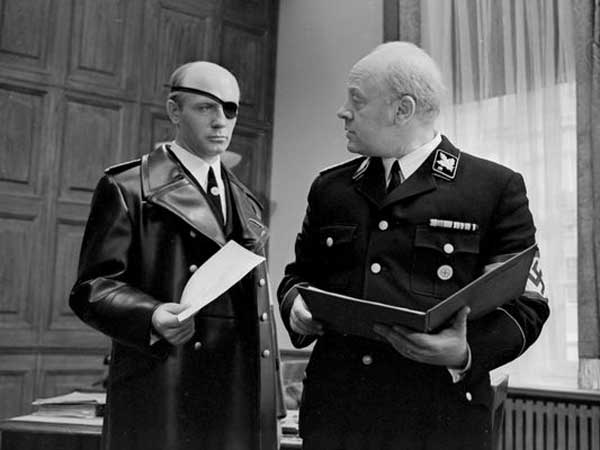 Still from the 1973 Soviet TV series, Seventeen Moments of Spring, based on the novel of the same name by Yulian Semyonov.

A few weeks ago I posted on one of the stranger cultural artefacts to come out of Australian pulp publishing in the sixties, the spy thriller Avakoum Zahov vs 07 by Bulgarian author, Andrei Gulyashki.

Spies first came to prominence as popular culture figures during World War One, it was the first Bond novel, Casino Royale, published in 1953, that really kick-started the modern fascination with spies. These days Bond may come across as massively cliched, but in the fifties and sixties, he was the epitome of sexual and social permissiveness, licensed to kill and swing. The casual sex, alcohol consumption, fine living and travel to exotic destinations were all potent symbols of the West’s economic and cultural affluence in the sixties.

And while Soviet culture never offered up anything as glitzy or lurid as Bond, it nonetheless produced its own fictional spies. The most infamous of these was Avakoum Zahov who featured in a series of books by Bulgarian author, Andrei Gulyashki, one of which was released in 1967 by local pulp outfit, Scripts Publications.

Gulyashki’s books were not the only spy fiction to emerge from the Soviet Block. A number of Soviet authors wrote suspense and spy fiction. The best known of these in the West was Yulian Semyonov, who the Los Angeles Times once referred to as “the Soviet Robert Ludlum”.

If you’re interested in finding out more about Gulyashki, Avakoum Zahov vs 07, and Cold War era Soviet Bloc spy fiction generally, my piece, ‘A Proletarian James Bond?’ in issue 2014 of Overland Journal is now available in full on the Overland site here.