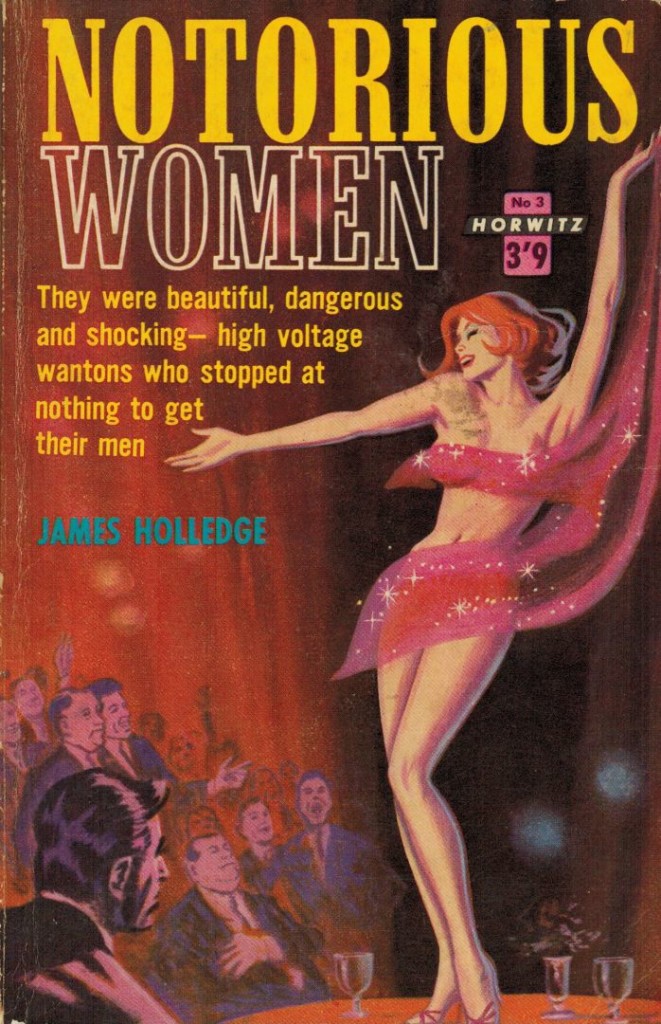 The one undeniable fact about Holledge’s books is that they sold, presumably to working stiffs eager for a few cheap thrills. Notorious Women was reprinted in 1965 (the cover is below).

Other Holledge titles for Horwitz included Girls for Rent and Australia’s Wicked Women (1963), the latter featuring “True stories of the scandals of Australia’s most notorious woman”), The Call Girl in Australia and Women Who Sell Sex (1964), The Strippers (1965), “A fantastic story of girls who undress for a living”), Women of Darkness (1968) and Crimes of Passion (1968). 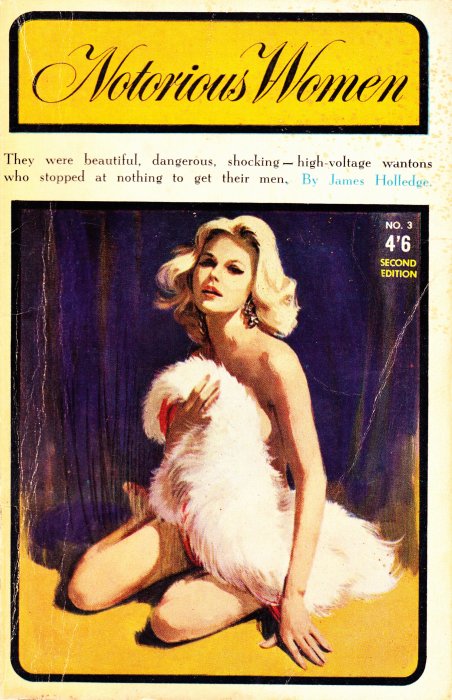