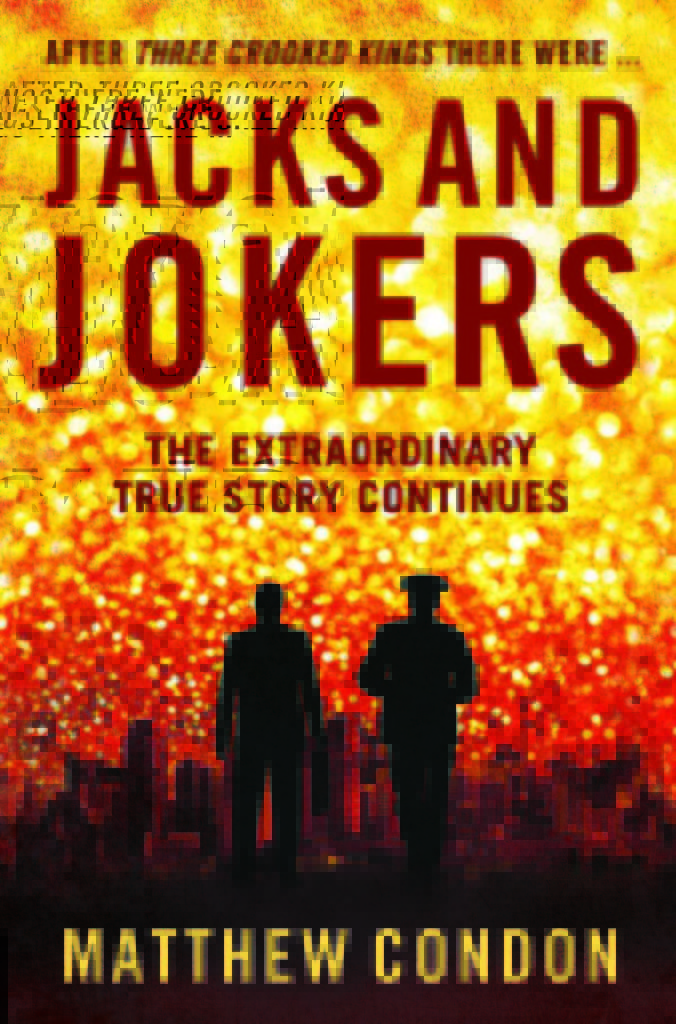 As was the case with Three Crooked Kings, the narrative spine of Jacks and Jokers is the career of Terry Lewis. Lewis joined the Queensland police force at twenty and rose to be commissioner before the Fitzgerald Inquiry in the late 80s or, as it was formally known, The Commission of Inquiry into Possible Illegal Activities and Associated Police Misconduct, which led to his trial and conviction on various charges, including accepting vast amounts in bribes to protect vice and illegal gambling.

Condon begins Jacks and Jokers in 1976 with the aftermath of the rape of sex worker Mary Anne Brifman, daughter of brothel madam Shirley Brifman, whose illegal activities were detailed in Condon’s earlier book. Shirley Brifman was found dead of a drug overdose in March 1972 and the incident ruled a ‘suicide’, despite suspicious circumstances around her death and the fact she had turned whistle blower on the corrupt cops who had provided protection in exchange for money. Mary Anne only discovered after the fact that her rapist was a Queensland police officer who was never prosecuted for the crime.

You can read the rest of this review here on the Overland site.