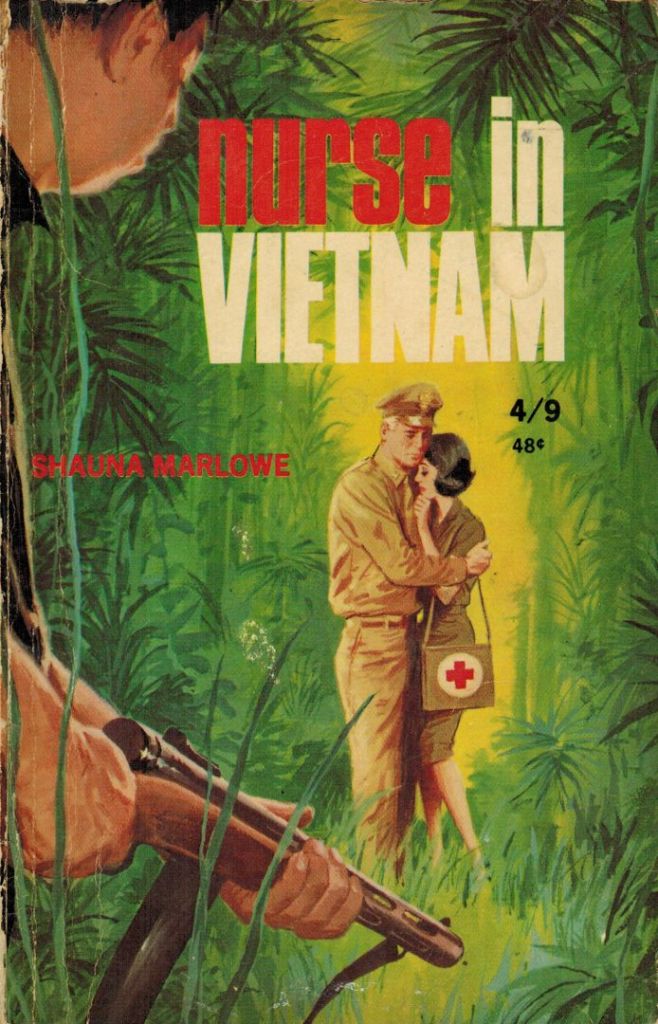 What was the first mainstream Australian novel to tackle the war in Vietnam? Perhaps William Nagle’s The Odd Angry Shot, published in 1975. Nurse in Vietnam shows pulp publishers were onto Vietnam as a setting for fiction straight away.

Pulp publishing was a tough, fast paced industry, far more commercially minded than mainstream publishing at the time. Publishers turned around books quickly to take advantage of the latest tabloid headline or media sensation – sometime in as little as a month.

Pulp authors had to write fast, often using whatever was around as material, which means the books mine rich seams of cultural authenticity and are often dealing with themes mainstream literature would not touch until the early seventies.