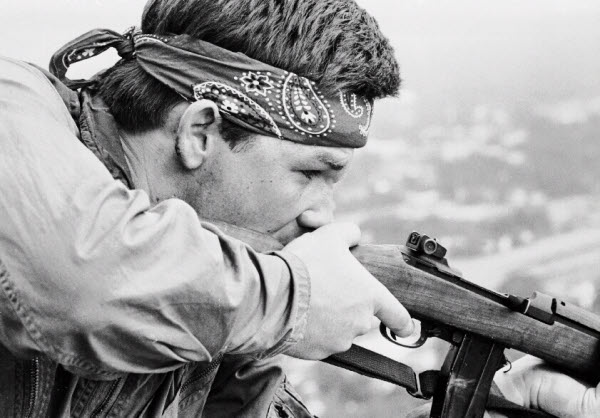 American Sniper is about the life of Chris Kyle (Bradley Cooper), a former US Navy Seal and one of the most lethal snipers in US military history. It is recorded that he had as many as a 160 ‘confirmed kills’, which were accumulated during four tours of duty in the second Iraq war. The film is based on a bestselling book of the same name that Kyle helped write (which I have not read). Prior to watching the film, I’d heard about the controversy around  it, including numerous claims it is little more than a pro-Iraq war, Republican Hawk propaganda piece. I am always sceptical when such sweeping statements are used to describe a film. Indeed, despite his conservative views, Eastwood is a veteran director  with a proven ability  to create a reasonably nuanced depiction of America’s involvement in war. One need only cite Flags of Our Fathers and Letters From Iwo Jima, both of which appeared in 2006. They tell the story of the World War Two battle on the Pacific island of Iwo Jima from the US and Japanese sides respectively.

I didn’t like American Sniper (more on that later), but it did get me thinking about all those war films I watched on Sunday nights and the question of what makes a particular war film, for want of a better way of expressing it ‘good’ or ‘bad’. I suspect it is similar to many of the qualities that make any film well-made and engaging  regardless of the side of the conflict it portrays.

You can read the rest of this article on the Overland Journal site here.