There are numerous suspects for her death, including the Minister’s  wife and a local criminal going by the wonderful name of Mister Sin (Noel Ferrier). The events leading up to Helga’s death are told in a series of flashbacks. Most of the police work is done by Malone’s hapless offsider (Shane Porteous), leaving the title character to spend most of his screen time having sex with a bewildering variety of women, including nearly all the female inhabitants of the singles only block of flats he lives in.

It was one of two film adaptions of Cleary’s Scobie Malone books. The first was the 1966 book The High Commissioner, filmed in 1968 as Nobody Runs Forever, with Rod Taylor and Christopher Plummer. Cleary disliked both adaptions but had a special disregard for Scobie Malone. “When I saw Scobie nibbling on the fourth nipple, I thought ‘that’s not my Scobie'” he told one interviewer.

Scobie Malone is reminiscent of the time when sex seemed everywhere, no more so than on Australian TV and film screens, as was local actor, Jack Thompson. “Our new Errol Flynn”, proclaimed the September/October 1975 front page of Movie News of Thompson. Billed as ‘Australia’s own film magazine’, Movie News was produced in house by Hoyts cinema and sold to audiences.

Scobie Malone is probably more interesting these days as a historical artefact than a crime movie. Having said that, the period of Australian cinema known as Ozsploitation resulted in so few mystery and crime movies, it is fascinating to watch a locally produced effort. Rather than going into any more detail about the film myself, I thought I’d let Movie News do it for me. The issue also has a great article on a visit to Australia by Trevor Howard and new of the upcoming full length feature film of the then hit TV series, The Box. 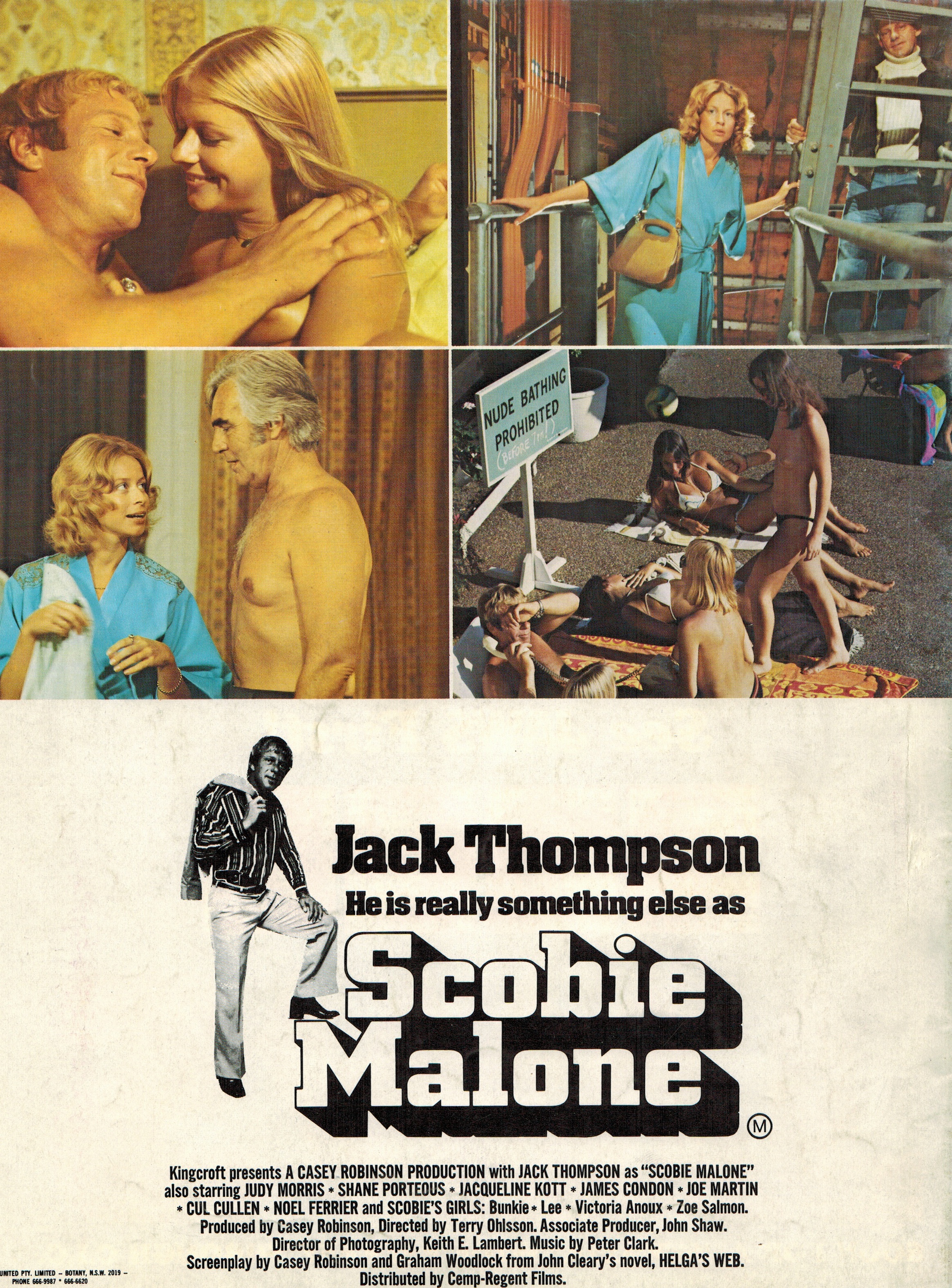 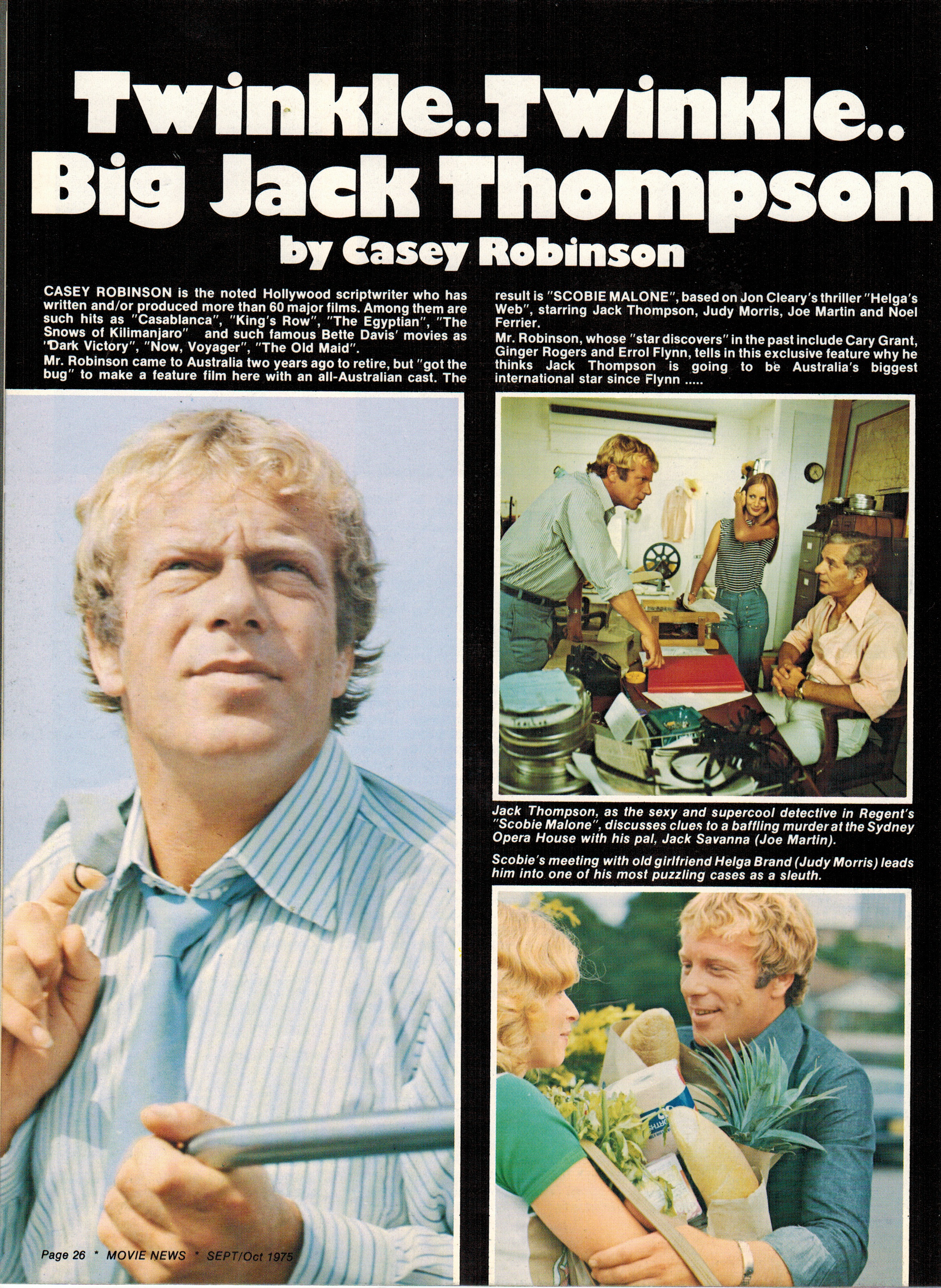 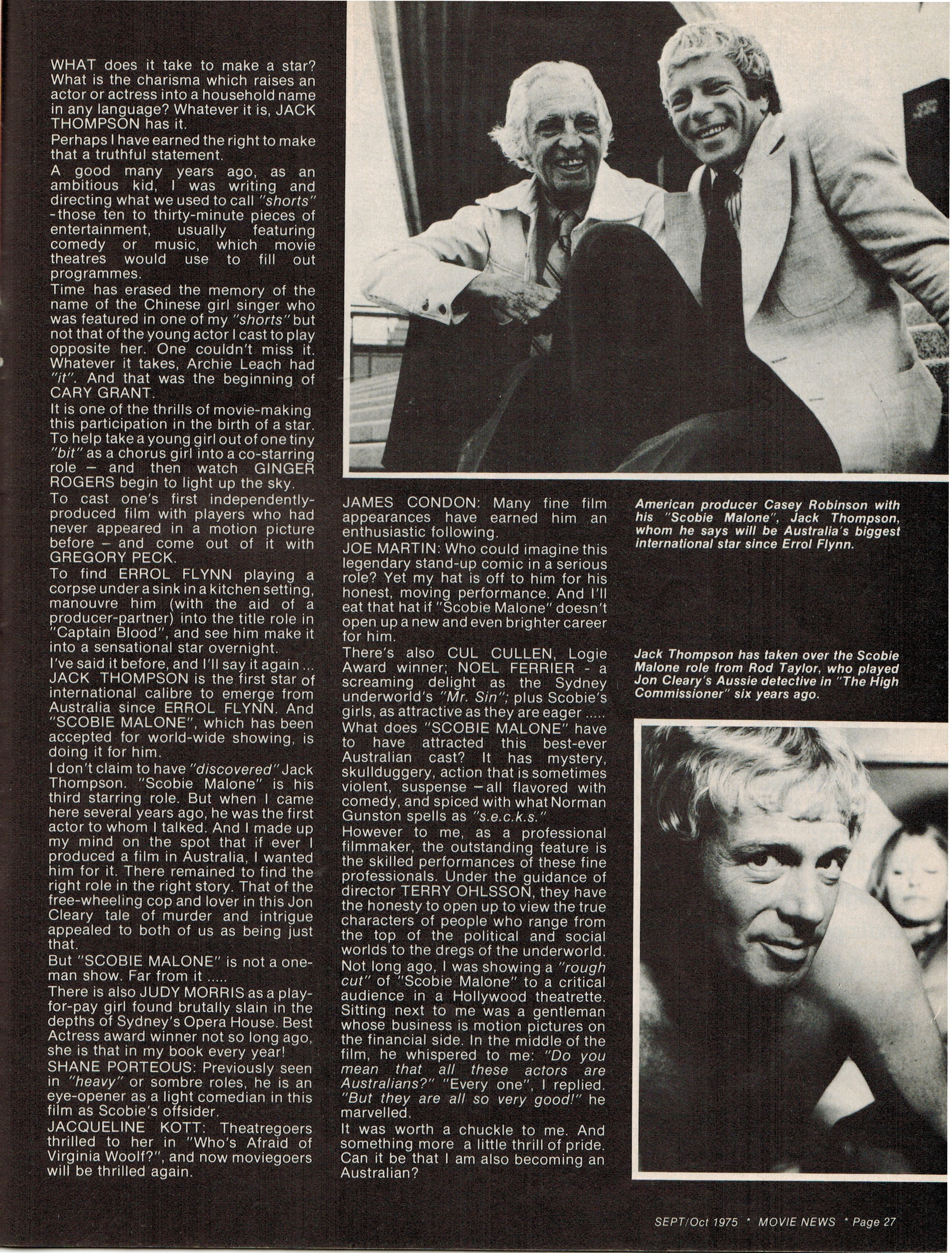