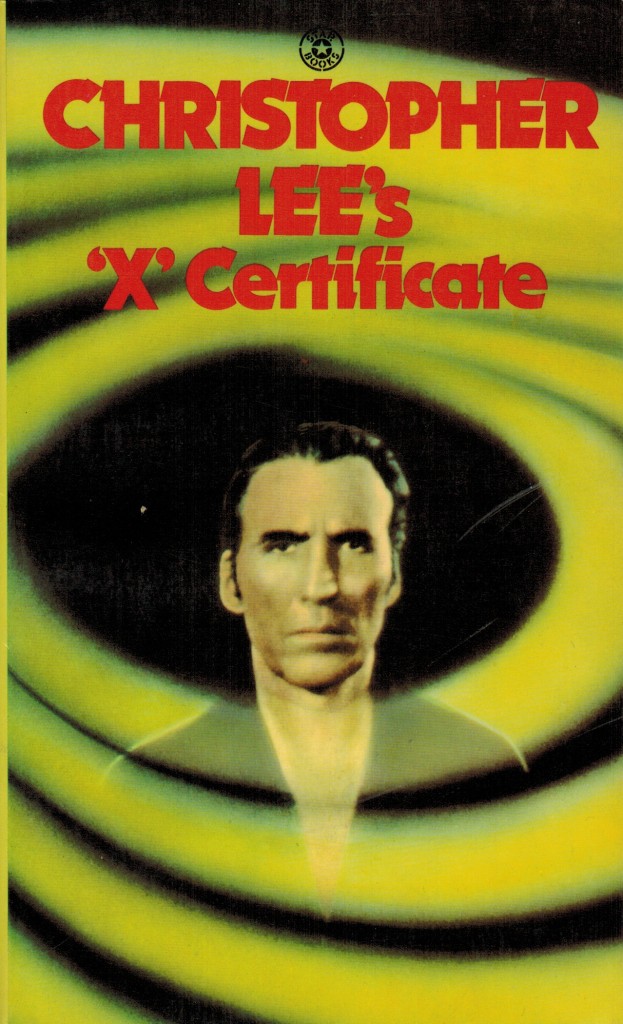 The cover image may be familiar to fans of Jame Bond movies. It’s from the 1974 film, The Man With the Golden Gun, in which Lee played the hitman, Francisco Scaramanga.