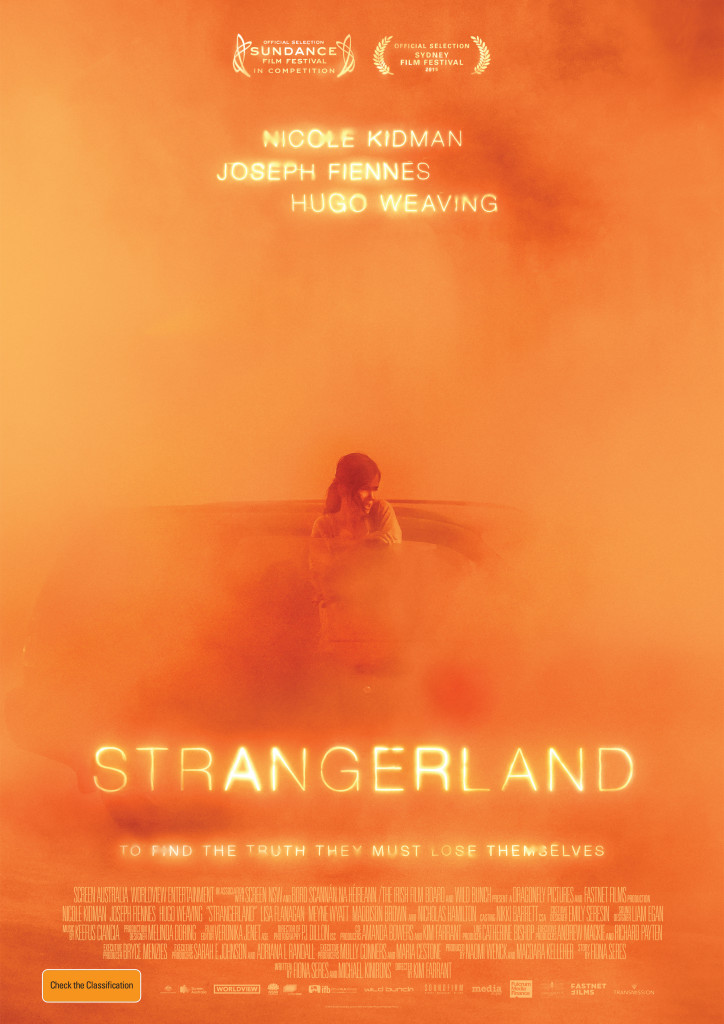 It is no surprise then when both kids go missing. Indeed, Matthew watches from one of the windows of their home, as they leave in the middle of the night. Why doesn’t he stop them? The answer lies partly in the already established fact that his son likes to go wandering at night and always comes back. But there’s another, unarticulated reason for his failure to take action.

Catherine alerts the local police in the guise of Rae (Hugo Weaving – playing an inversion of his character in another recent Australian rural crime film, Mystery Road), and soon the entire town is swept up in the search for the missing children. Lily’s past, including the reasons the Parker’s had to move towns, is revealed. Rumours start circulating the children may have being fleeing something happening at home, maybe they’ve been abused? Catherine and Matthew’s relationship reaches breaking point.

This is all pretty standard fare. There’s also plot line involving what, if any, bearing a local Aboriginal dream time story about the Rainbow Serpent may have to do with the children’s disappearance. This is not particularly well executed but, that said, there are some great Aboriginal performances, particularly Meyne Wyatt as Burtie, a well meaning but not particularly smart local boy who may or may not have had a sexual relationship with Lily.

What makes Strangerland innovative is its portrayal of female sexuality, both Lily’s and her mother, Catherine’s, which is unflinchingly rendered and is something you won’t see very often because of the hot button issues it touches on. As part of this, Farrant puts a new spin on the how the parents deal with their grief over the missing children. This involves her examining a shadow side of female emotion that is seldom talked about, let alone put on the screen.

Strangerland also excels in depicting the sense of frustration and desperation faced by the parents and the police at the prospect of having to search for two missing children amid the huge expanse of inhospitable countryside. The way the camera pans and sweeps over the desert and gorges is both beautiful and terrifying. Farrant is also to be congratulated for eschewing an easy plot resolution in favour of something much darker.

Strangerland is on limited release nationally at Palace Cinemas