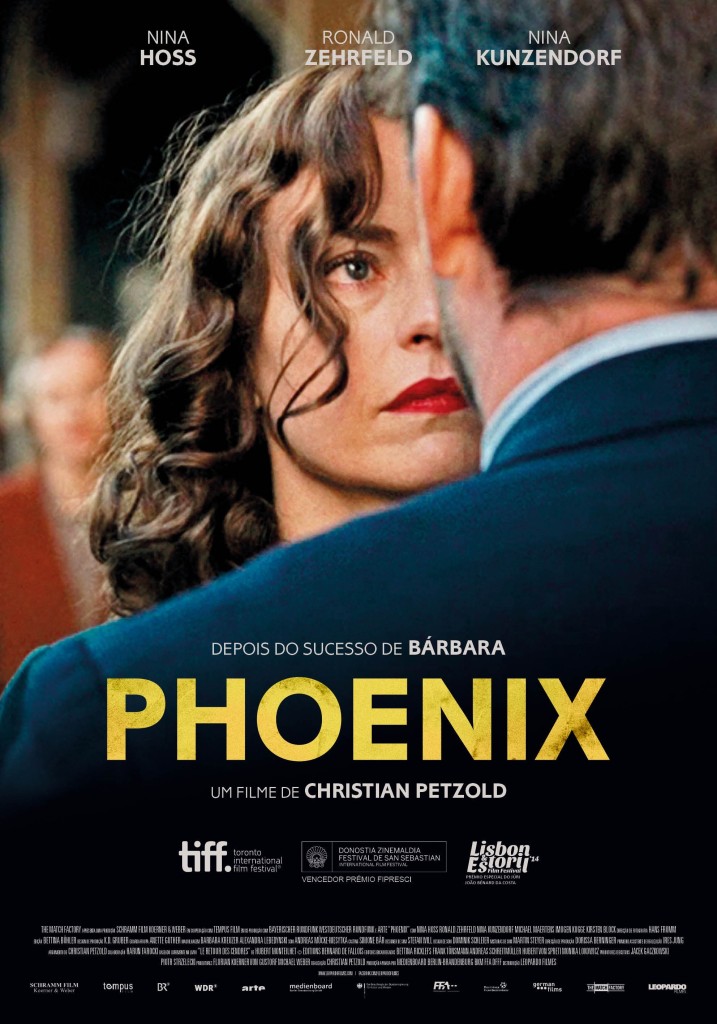 Nelly (Nina Hass) is a former singer and concentration camp survivor. The war has left her damaged, physically via a gunshot wound to her head, and psychologically due the trauma of what she has experienced. She is brought back to post-war West Berlin under the protection of her friend, Lene (Nina Kunzendorf). Lene organises for Nelly to have facial reconstruction surgery, after which the plan is for Nelly to put her financial affairs in order – she is heir to a substantial amount of money – and the two of them to travel to Palestine to help establish a homeland for the Jews.

The main complication is Nelly’s obsession with locating Johnny (Ronald Zehrfeld), the musician she was married to before the war. Nelly prowls Berlin’s dark, rubble strewn streets in the hope of being reunited with him. She focuses her efforts on city’s slowly reviving club scene, figuring that’s where Johnny is most likely to find employment. She eventually locates him working in a sleazy cabaret, mainly catering to US occupation forces, called Phoenix.

Johnny is working as a cleaner and has obviously fallen on hard times. He spies Nelly, who is going under another name and whose real identity he is unaware of, in the crowd, and immediately struck by the resemblance to his former wife, who he believes is dead. Johnny takes Nelly back to his grotty basement flat and makes her an offer: he will help her to look and act like his former wife so she can help him access her estate in return for giving her a share of the proceeds. Even though she doesn’t trust Johnny, Nina goes along with the idea, partly because she is too damaged to do anything else and partly because she is still in love with him. Things don’t go as planned but in the most marvellously understated way.

I am not familiar with director Christian Petzold’s previous movies, but I’ll be looking them up after seeing Phoenix. The relationship between the two female leads and why Lene is looking after Nelly was unclear and would have benefitted with a bit more explanation. But this is more than made up by the film’s strengths. Phoenix is a taunt, sophisticated thriller that convincingly portrays the reality of post war Germany. You won’t get another chance to see it at MIFF but a national release is planned by Madman Films in the near future.