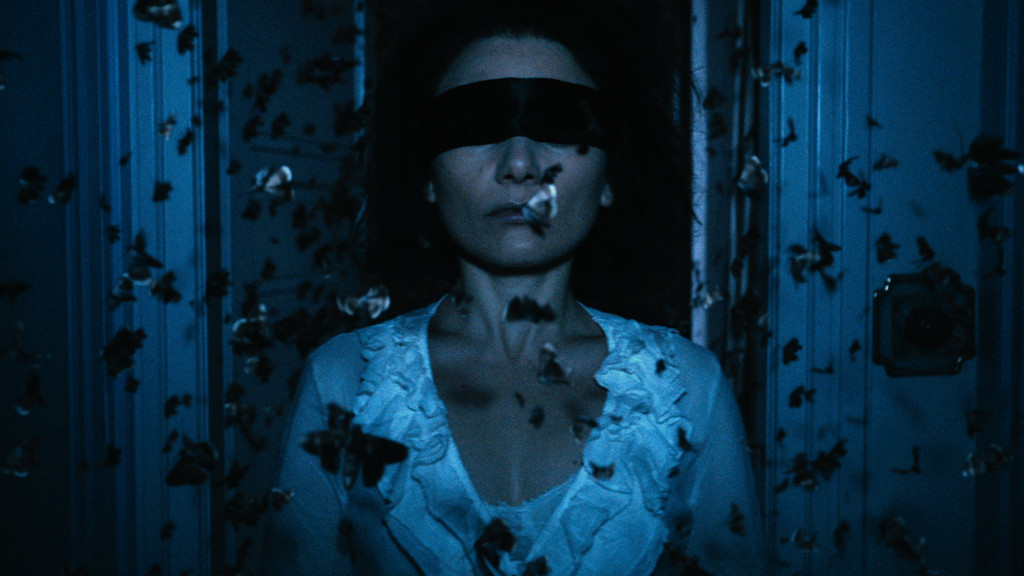 But pastiche is just one aspect of what makes The Duke of Burgundy so good. Strickland not only creates a flawless copy of a seventies Euro sleaze film. He disassemble the genre into its component pieces and reassembles them into something that questions the assumptions it is based on. In the process he offers both a master class on the genre and a totally fresh take on it.

In Berberian Sound Studio the giallo is forensically analysed through the experience of a mild mannered English sound technician, employed to work on a horror film (suspiciously like Dario Argento’s 1977 cult classic, Suspira), who gradually becomes unhinged by the technical demands of the job, the lurid nature of the film’s subject matter and the politics and manipulation of his co-workers and exploitative employers.

In The Duke of Burgundy, Strickland examines the day-to-day struggle of sustaining an submissive/dominant sexual relationship. These include not just the existentially charged aspects of the coupling, such as the repercussions when the eroticism start to fade, but more mundane matters, i.e., what happens when one of the women puts out her back from lifting a heavy piece of furniture and the disappointment when the custom made bed required for Cynthia to sleep on top of Evelyn won’t be ready in time for the younger woman’s birthday.

The film looks and feels seamless. The fact Strickland can do this without the overt grandstanding of that other great purveyor of cinematic pastiche, Quentin Tarantino, only adds to the appeal.

The Duke of Burgundy next plays at the Melbourne International Film Festival on Sunday, August 9, at 9pm.