Pulp Friday: The Brides of Dracula 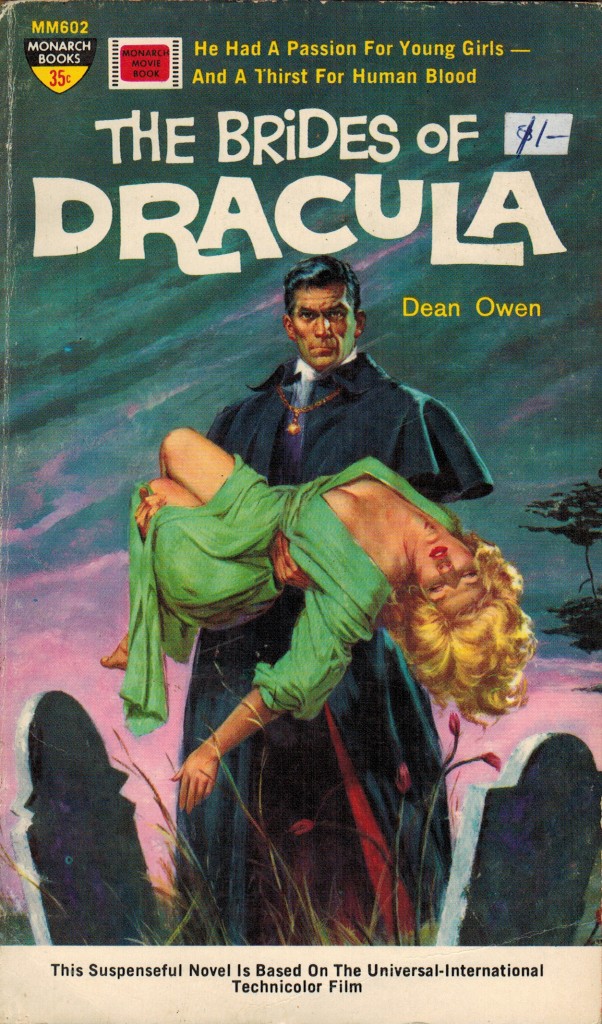 Halloween is almost upon us and to mark the occasion I’m going to be featuring a few horror themed offerings as part of my regular Pulp Friday posts.

Historically in Australia we don’t celebrate Halloween, and I’ve always been a bit iffy about what I consider to be an American cultural imposition. But Halloween actually originated with the Celts in parts of Europe. Specifically, it dates back to Celtic Festival of Samhain, which took place to mark the end of summer and the beginning of a long cold winter. The Celts believed on that night before the new year the boundary between the world of the living and the dead blurred.

Also, any excuse will do to post some horror themed pulp.

Anyway, a small Pulp Friday offering today, the 1960 paperback tie-in to the film released the same year, The Brides of Dracula. It starred Peter Cushing, David Peel, Martita Hunt and Yvonne Monlaur and was directed by Terence Fisher. The plot of The Brides of Dracula involves vampire hunter Van Helsing returning to Transylvania to destroy handsome bloodsucker Baron Meinster, who is conducted a reign of evil terror over the nearest village. I’ve re-watched it recently and think it is one of the better vampire films produced by Hammer.

The book was published by Monarch Books, a well known US publisher based in Derby Connecticut, which I’ve always thought featured some of the better mass market paperback cover art. I don’t know who the author, Dean Owen, was.

Anyway, this is just a taster for next week’s Pulp Friday, when I will post on what was a massively popular sub-genre of pulp in the sixties and seventies, books featuring Satanic and occult themes. 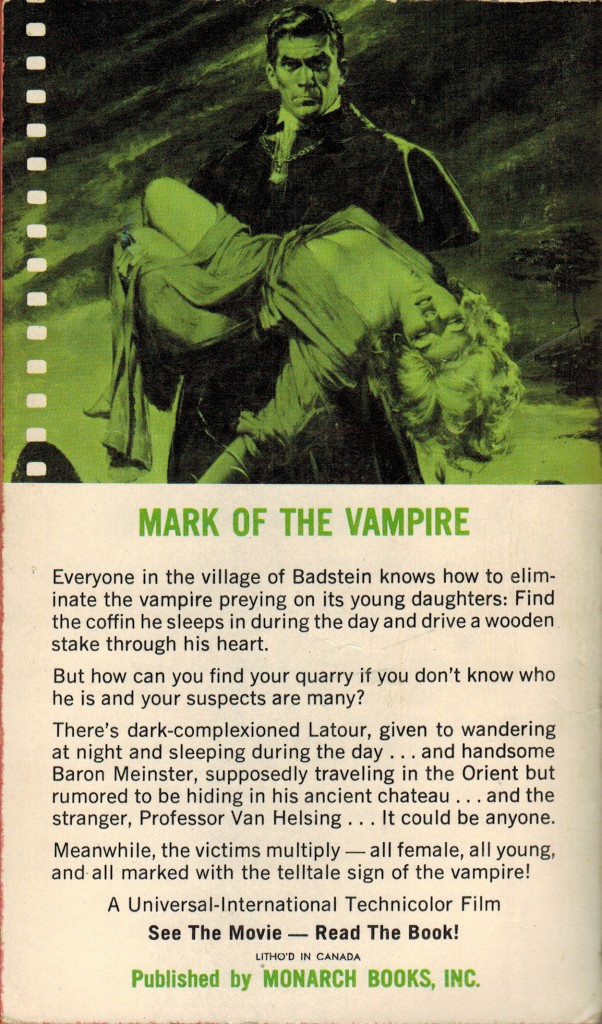