Zelic is a great character. He is not particularly likeable and a human disaster area when it comes to relationships. He is also profoundly deaf. Viskic apparently learnt sign language as part of writing the book and Zelic’s disability is something she uses to great effect in this novel. As for Gary, well, he might have been a bit bent, but so is nearly everyone else in this novel, including Zelic ex-junkie brother and his 57 year old, acerbic ex-cop, alcoholic partner. Throw into this mix his Koori ex-wife and her extended family, and a collection of cops some or all of whom may be trying to kill Zelic.

This novel has a cracking opening and a major surprise in the ending. I thought it dragged a little in the middle, with just a touch too much exposition about Zelic’s various failed relationships. But overall this a wonderfully dark, solid debut crime yarn from an author I am sure we are going to hear a lot more from in the future.

More a long novella than a novel, Four Days is out at the end of October through Broken River Books, a Portland, Oregon based indie publisher that specialises in dark crime and weird fiction.

Four Days is a hardboiled police procedural set in the Queensland cities of Cairns and Brisbane in the 1980s, a time when the state’s police force was one of the most violent and corrupt in Australia. The plot revolves around Jim Harris a cop with a drinking problem, a borderline sociopathic personality and some serious sister issues. He becomes obsessed with the case of a murdered prostitute, whose death may be linked to other killings of sex workers. The police hierarchy, knee deep in funds from illegal sex work, don’t want to know anything about the murder, they may even be behind it, and frustrate Harris’s investigation at every turn.

The now Melbourne-based author grew up in Queensland in the eighties and it shows. Four Days reeks of booze, sweat, crap food and tropical damp. This may make it sound clichéd, but, having spent a fair bit of time in Queensland myself, I think he is largely on the money in terms of his description of the reality of corruption, sleaze and existential ennui that was of the Sunshine State in the eighties.

And Ryan can write. He cites his major influences as James Ellroy and his prose is a bit like his, too. Not the boated, self-indulgent writer whose latest novel Perfidia clocked in at seven hundred pages, but the lean, economical, author who penned brilliant novels like The Big Nowhere, Black Dahlia, White Jazz Ellroy.

Harris woke at dawn. He was alone. The beach stretched out around him. He had sand in his hair. A warm six-pack of beer sat tucked in beside him. As soon as he sat up, the nausea hit him. He cracked a beer and pushed it down. He took another into the ocean. The water helped. As he dressed, he found a set of keys in his shoes. In the car park, a note sat under the front wiper of the squad car. It read: GLOVE BOX.

He got in behind the wheel and popped the box. Inside he found his service revolver and tied around the barrel was a used condom.

That was the end of the licensing boys.

Four Days is not for everyone but I recommend it. 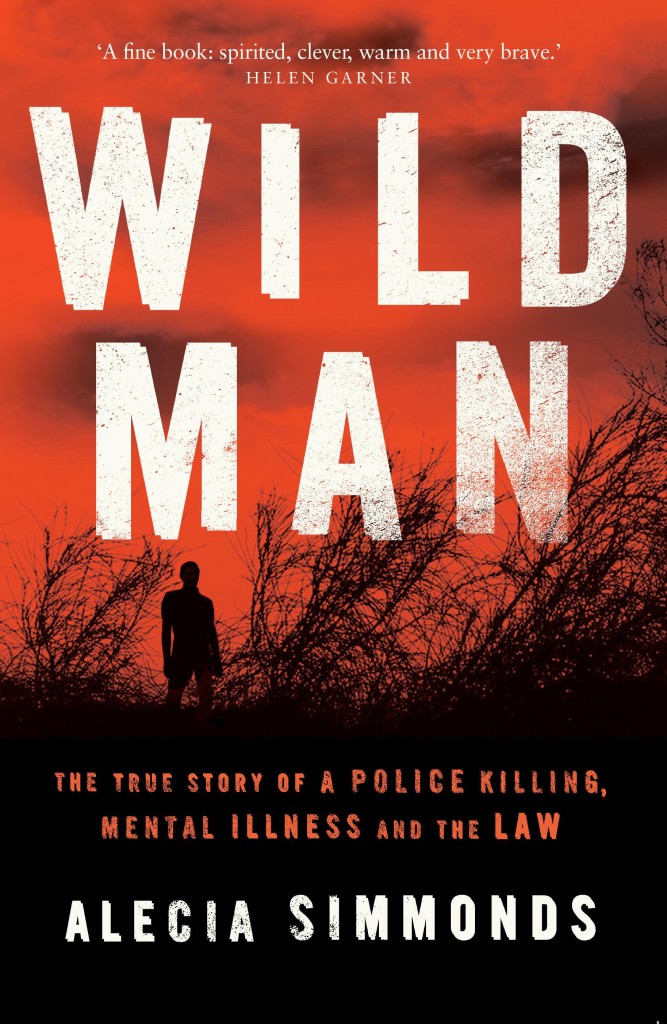 No disrespected intended, but a truncated review of Wild Man could go something like this: ‘read this book if you liked Helen Garner’s, House of Grief’. Garner provided the cover blurb for Wild Man and the similarities in tone, style and method of story telling, including the ever present first person perspective of the author, are striking.

Wild Man starts off as an examination into the police shooting of Evan Jones on a remote farm, evocatively titled ‘the School of Happiness’, in rural NSW in April 2012. It was not a particularly unique or special case. Indeed, as she points out in the book it was one of three fatal shootings by NSW police in as many weeks.

But the book soon turns into a much wider a story about mental health. The dead man had a history of psychiatric illness. She looks at the failure of the service system to deal with this and what it meant for Jones’ family, his past and present partners, and the police who shot him.

Wild Man is very much a creature of the new style of true crime that has become popular in Australia over the last few years. Not just This House of Grief, but books like Condon’s trilogy of books on police corruption in Queensland, and John Safran’s Murder in Mississippi. It is well written and researched and examines a topic not traditionally the subject of much true crime writing, the mental health system, but which is pretty central to a lot of criminality.