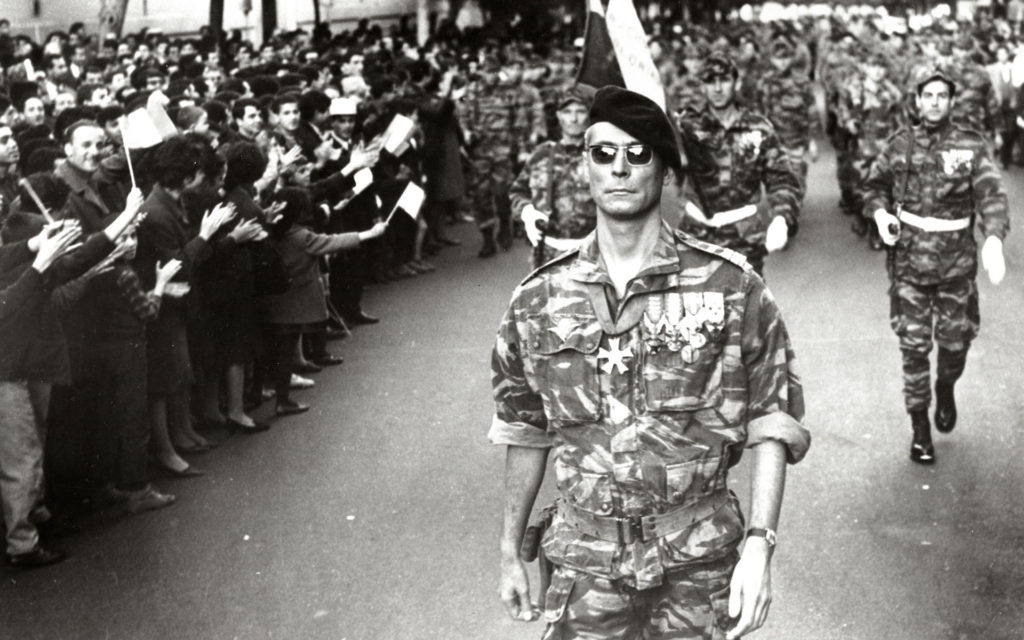 A decade and a half of reportage on the West’s military involvement in the Arab world, particularly post the mass circulation of images from Abu Ghraib and Guantanamo Bay, and their pop culture reflection in countless movies and television series give Pontecorvo’s chilling iconography of civil strife and military repression an almost everyday feel. Anyone who follows the news has seen images of barbwire checkpoints, with nervous soldiers overseeing Arab civilians; detainment and torture; and traumatised and bloodied civilians in the aftermath of another bombing.

You can read the rest of my piece on The Battle of Algiers in full here on the Overland Magazine site.

This entry was posted in Non-crime reviews, War film and tagged Gillo Pontecorvo, The Battle of Algiers (1966). Bookmark the permalink.