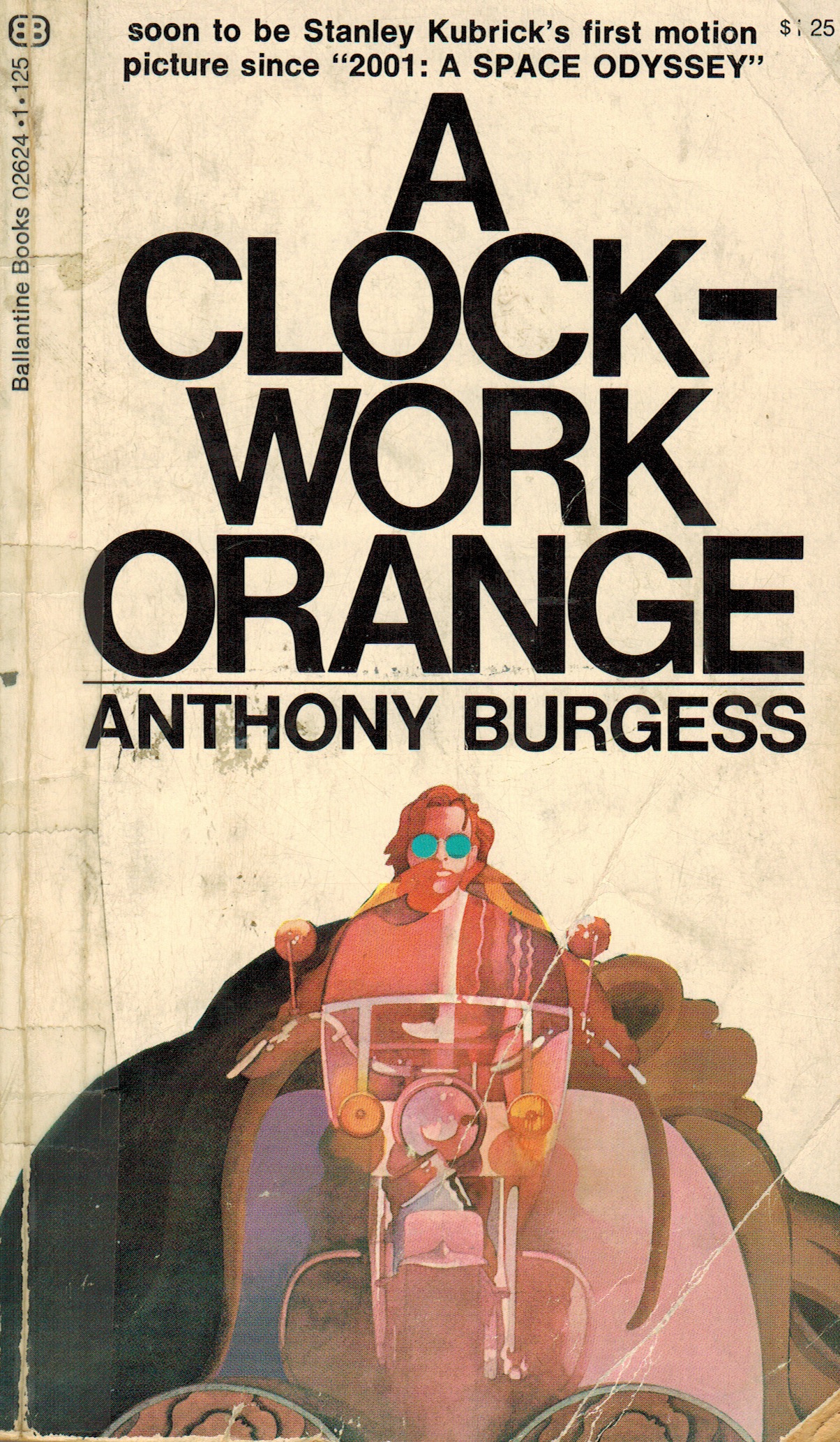 Burgess’s own politics were conservative, with a streak of anarchism running through his thinking. He wrote A Clockwork Orange in three weeks, influenced by his views of the growing youth culture in early sixties England. Although the infamous Bank Holiday riots between Mods and Rockers were two years away, Britain, like much of the Western world, was already in the throws of a major debate about juvenile delinquency and the growing cultural and sexual assertiveness of young people, which was associated in mainstream culture with increasing lawlessness and loosening morals.

Anyway, it was while researching my book on Rollerball, that I came across the above copy of the 1971 Ballantine Books edition of A Clockwork Orange in a second hand bookstore, the timing of the book obviously designed to feed into interest generated by the movie, which was released in the US in early 1972.

I thought Pulp Curry readers might be interested to see how other editions of Burgess’s novel were packaged. In addition to the 1971 Ballantine edition, below are five other examples of covers for A Clockwork Orange, sourced from the Internet.

The first two are hardcover editions, the first British edition published by Heinemann in 1962 and the first American printing by Norton in 1967.

The Pan Books edition is dated 1964. The second one down, published by Ballantine Books in 1965, emphasises the threatening nature of the violent youth gang in Burgess’s story, but, interestingly, portrays them as looking like a 1950s juvenile delinquent biker gang.

The third one down, the 1970 Ballantine edition, has a more psychedelic flavour to its cover art but maintains the association with bikers, the lawlessness of motorcycle gangs like the Hell’s angels being a major topic of public concern in America in the late 1960s and early 1970s. 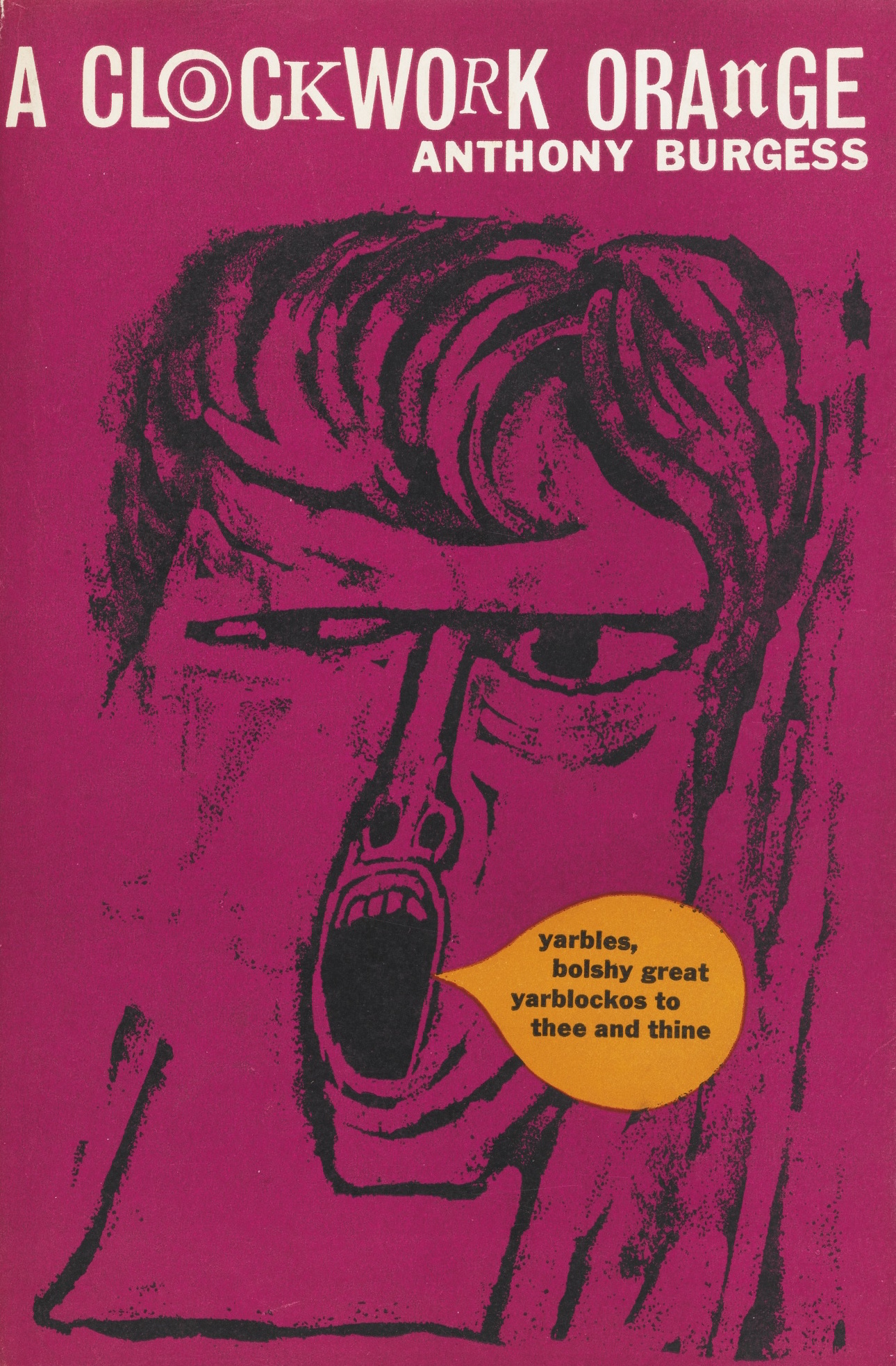 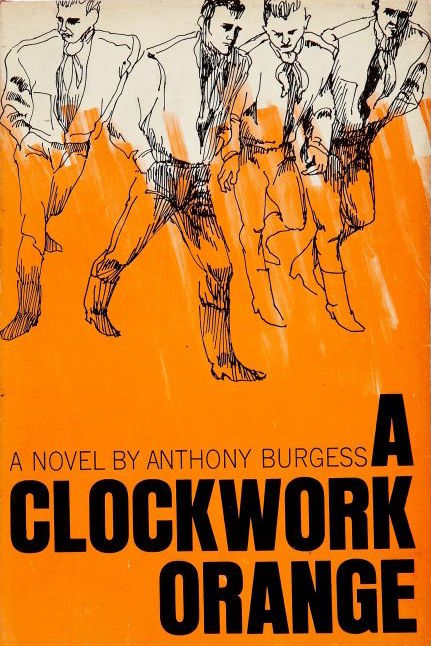 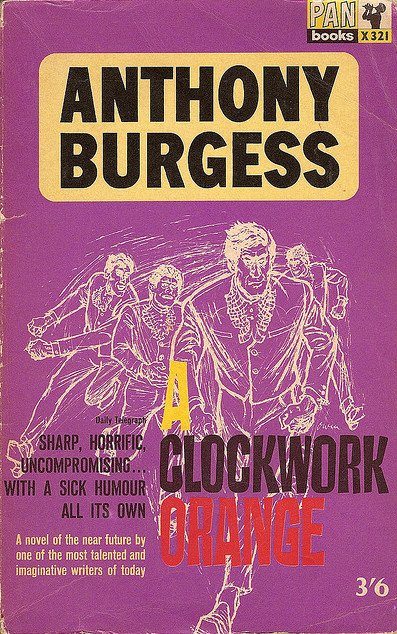 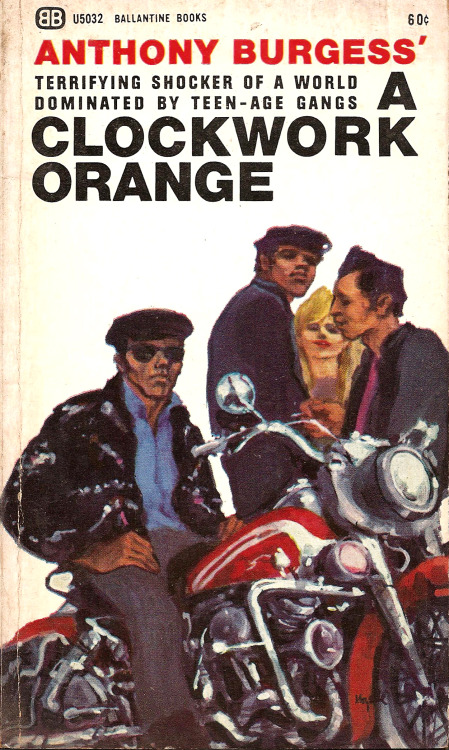 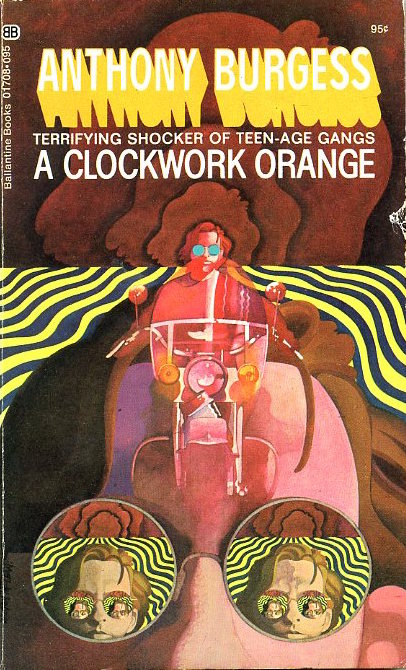