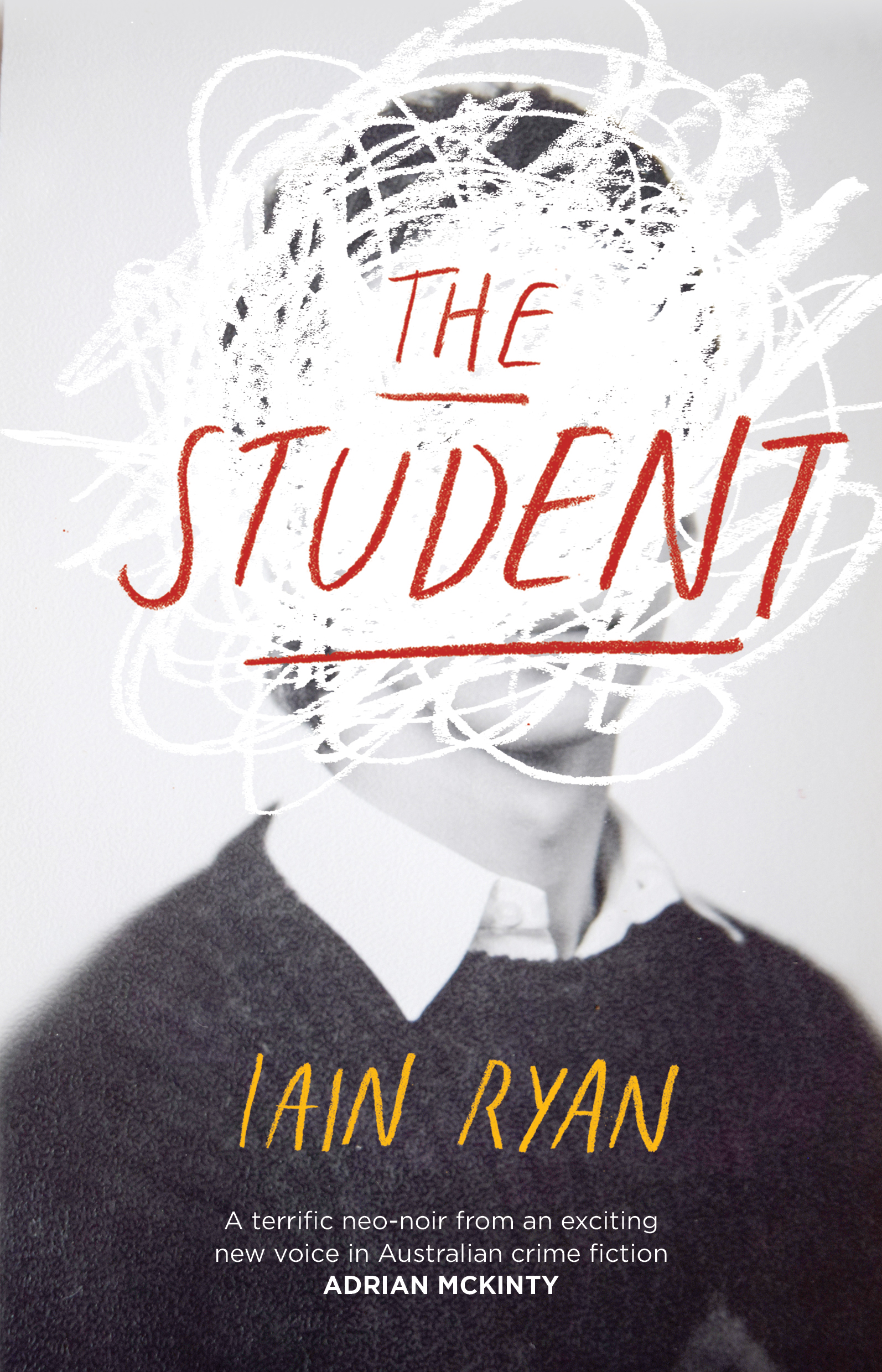 Now Melbourne based, Ryan grew up in Queensland – a place that for various I am also very familiar with – and he completely nailed the corruption and picturesque sleaze that typified much of the state in the eighties, a time when its police force was one of the most violent and corrupt in Australia. Ryan cited James Ellroy as a major influence and I was particularly taken with the way he was able to pay homage to legendary crime writer without sinking into pastiche or cliche.

The Student sees Ryan on similar terrain, but this time the setting is the University of Queensland’s Gatton campus in the early 1990s. The main character, Nate, is a business student and marihuana dealer whose life rapidly starts to disintegrate when his friend and drug supplier, Jessie, disappears, leaving him in debt to a local bikie gang. Nate’s search for Jessie takes him into some very nasty physical and mental territory, including the unsolved murder of a local woman.

The book contains vivid descriptions of campus life, including lashings of the sex, sleaze and substance abuse that can characterise going to uni, or at least did when I attended higher education in the second half of the 1980s. But Ryan is not content with a bit of sexed up student hijinks. He dials up the sleaze and violence to maximum volume, at the same time as engaging in a hellish forensic examination of existential student angst and small time crime gone very out of control.

The publicity material for The Student comes with comparisons to Donna Tartt’s The Secret History, Michael Chambon’s The Wonder Boys and Brett Easton Ellis’s The Rules of Attraction. I am not sure how accurate this is. As far as I am concerned, The Student continues Ryan’s straight down the line homage to Ellroy, with a big dollop of David Peace’s Red Riding quartet thrown in for good measure. Basically, think of L.A. Confidential’s Detective Ed Exley as a young drug dealer on a regional Queensland university campus and you’ve pretty much nailed a big part of The Student.

The Student is a terrifically dark tale, set in a part of Australian that seldom features in local crime fiction, with clean, sharp prose that wonderfully evokes atmosphere and moves the story along at a fast place. Ryan is to be particularly commended for taking the story to places where a lot of local crime writing fears to tread. It won’t be to everyone’s taste, but I recommend it to all lovers of noir crime fiction.

Melbourne folk, The Student will be launched next Tuesday, July 11 at Grub Street Bookshop, 1/379 Brunswick Street, Fitzroy, from 6.30pm. I will be attending and helping to launch the book with a conversation with the author.