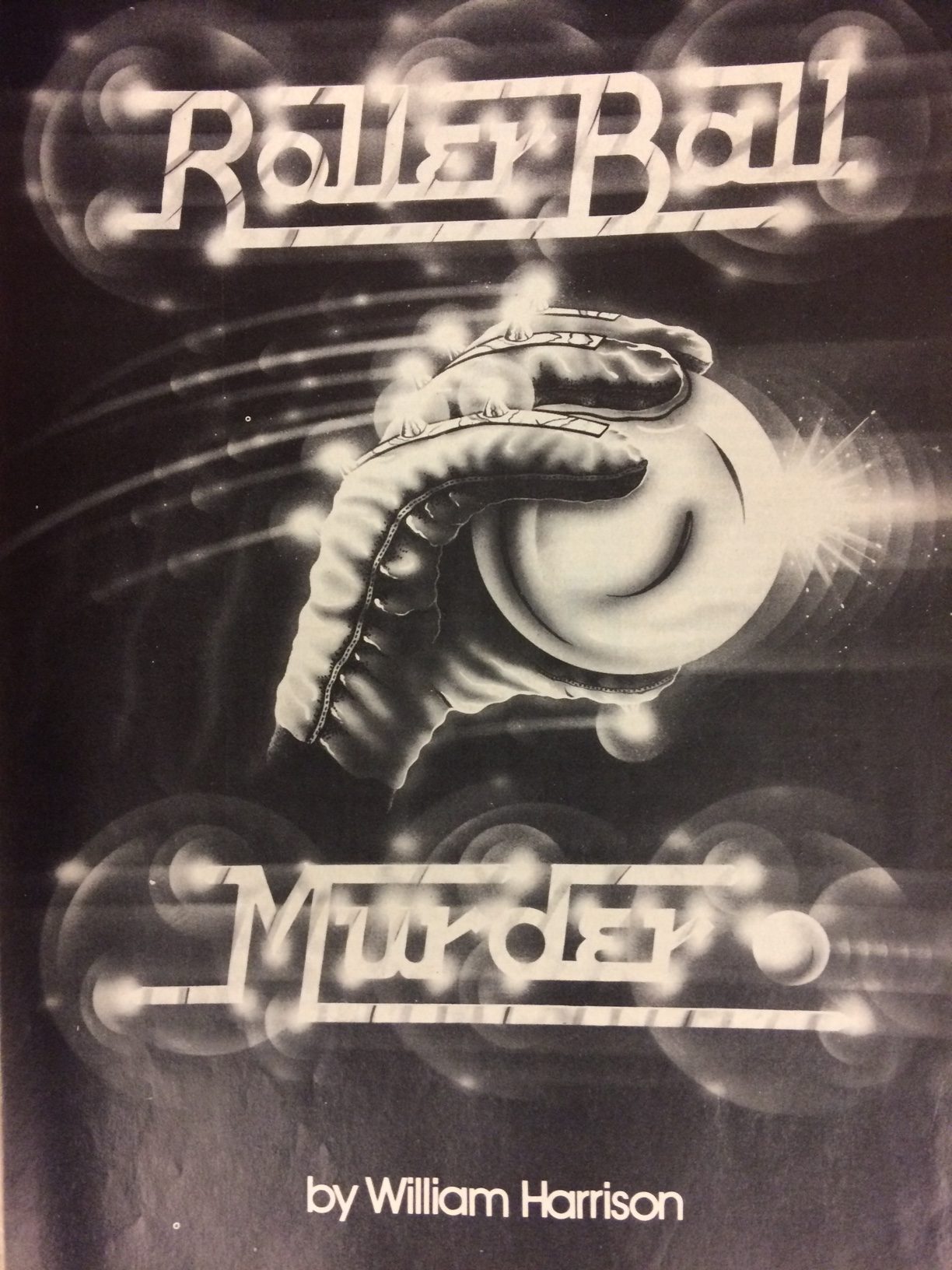 Rollerball depicts a future dominated by anonymous corporations and their executive elite, in which all individual effort and aggressive emotions are subsumed into a horrifically violent global sport, remains critically overlooked. What little has been written deals mainly with its place within the renaissance of Anglo-American science fiction cinema in the 1970s, or focuses on the elaborately shot, still visceral to watch, game sequences, so realistic they briefly gave rise to speculation the game of Rollerball may become an actual sport.

The book ends with an interview with film maker, Norman Jewison.

I hope you enjoy it. You can buy the book at the following sites:

Image: The image used for the publication of Rollerball Murder, the short story by William Harrison, that served as the basis for the film. Source: Literary Cavalcade, November, 1975.