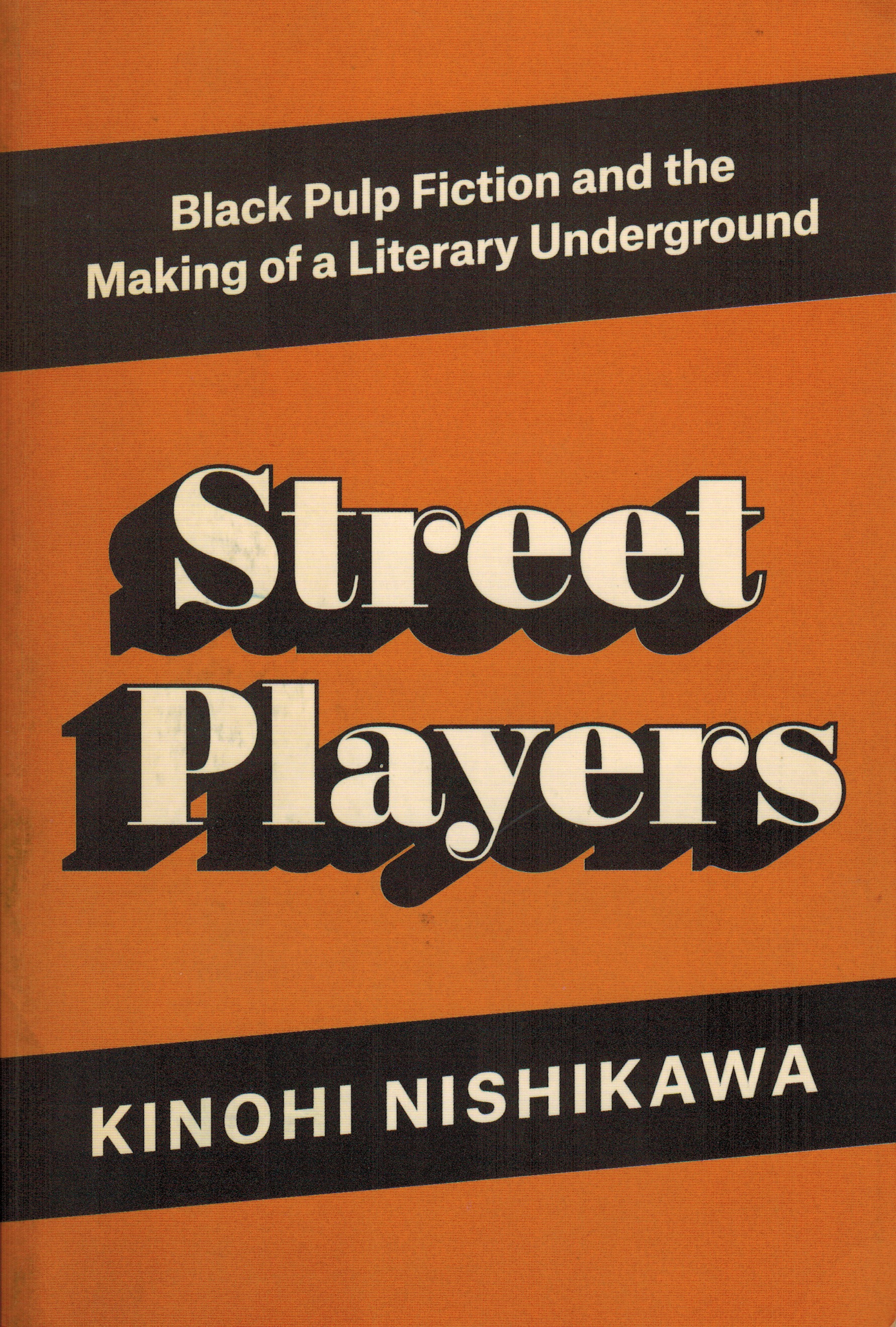 The company’s trajectory radically changed with the release of Pimp in 1967. It appeared under the by-line, Iceberg Slim, the street name of a former Black hustler, prisoner and pimp called Robert Beck. Pimp was a huge hit. White readers enjoyed the voyeuristic peek it offered into the subterranean world of pimping. Despite the fact the Beck’s story was heavily fictionalised, Black readers saw in it a genuine slice of their urban ghetto experience.

Beck followed up Pimp in 1971 with The Naked Soul of Iceberg Slim. While the book was a success, the times were changing and Beck had to engage in a complex balancing act as he tried to appeal to his core readership while placating the criticisms of groups like the Black Panthers. The latter’s program included stamping out criminal exploitation within the Black community so that Black people were better able to recover their cultural heritage and fight white power.

The publisher’s next success was Goines, whose prolific output of hardboiled Black crime fiction appears to have at least partly been driven by the author’s need for funds to maintain his heroin addiction. His unsolved murder by two white assailants in October 1974 was manna from heaven for the Holloway House PR machine, which was able to sell the death as mirroring Goines’s gritty brand of crime fiction.

A host of other writers followed, including Joe Nazel, who brought to Holloway House what Nishikawa calls ‘the Pinnacle model’, named after the prolific US publisher of men’s adventure fiction. Nazel’s books, released under a range of pseudonyms, fused smut, pimp and Black Power tropes with crime and adventure fiction narratives. In the 1970s and 1980s, Holloway House also published Players Magazine, which in its early years was a politically cutting edge Black version of Playboy, before succumbing to Morris and Weinstock’s editorial penny pinching and their lack of interest in moving beyond their origins in the smut business.

Most pulp related books are collections of covers, sometimes with a written introduction. Moving beyond this format was a key motivation behind the pulp history books I have co-edited, Girl Gangs, Biker Boys and Real Cool Cats: Pulp Fiction and Youth Culture, 1950-1980, and the forthcoming Sticking It To the Man: Revolution and Counterculture in Pulp and Popular Fiction, 1950-1980 (full disclosure – Nishikawa has contributed two excellent essays to the latter tome). Moving beyond that very narrow version of pulp history also appears to have been a key motivation underlying Nishikawa’s work.

His book is scholarly, as you would expect given it is based on his PhD and published by The University of Chicago Press. But the writing is very accessible and while he talks about it for what it is, the author does not turn his nose up at the source material. Most importantly, the book sheds light on how a pulp publisher actually worked in terms of procuring authors, marketing and distribution and, to the degree that is possible, who read its print products and why.

There is simply not enough of this kind of analysis of mid century pulp publishing, precisely because it is so difficult to do well. Until recently, libraries have not focused on preserving pulp history. And, as the producers of cheap, disposable print culture, the publishers themselves rarely had a mind to how the future might view their activities and so they did not think to keep their records. Trying to reconstruct how these publishers worked requires the application of considerable shoe leather as well as academic nouse, both of which Nishikawa has applied in large quantities.

The book could have benefited from more focus on Morriss and Weinstock. Despite the tight control they maintained over Holloway House, they remain shadowy, background players throughout the book, which, to be fair, is how they might have seemed to those working for them. Morriss is still alive and it would have been interesting to get his thoughts on his approach and legacy. That said, perhaps the author did approach him and he demurred about going on the record.

Whatever the case, it is a small matter compared to the rich, largely untold history contained in Street Players. The story of how two white smut merchants were able to become, for a time, one of the largest publishers of Black experience fiction and non fiction  paperbacks in the US, is fascinating. As Nishikawa makes clear it was a process that involved the exploitation of a lot of Black talent and labour. But it also saw a large number of Black authors published who would not have been had Holloway House not existed.

Nishikawa’s examination of the readership of Holloway House’s print commodities adds another layer to the mystery. The books, many of which were nothing more than hackwork with deep elements of violence and misogyny, were targeted at Black men. But he represents evidence they was also read by women. This popularity speaks to the paucity of material available at the time that attempted to directly speak to the experience of Black readers.

True to the company’s roots in smut publishing, even after it turned to black experience fiction and non-fiction, much of the Holloway House catalogue continued to be heavily focused on the sexual economy of prostitution, a huge focus of pulp fiction generally in the 1950s and 1960s, and fears and fascinations around miscegenation. The latter, it is worth remembering, was given a huge bump into the realm of mainstream publishing by the phenomenal commercial success of Kyle Onstott’s Mandingo in 1957 and the resultant publishing feeding frenzy on so-called ‘plantation pulp’ fiction, which continued well into the 1970s.

But whether it was confessional tales or hardboiled crime fiction, Nishikawa discusses the way in which many Holloway House books also mainlined Black anger over the assassination of Martin Luther King and Malcolm X, urban poverty and racial oppression, and ongoing white police violence against Black communities, as well as the political opposition to it.

Popular culture – and this includes the books of Holloway House – is ‘a theatre of popular fantasies’, Nishikawa quotes Jamaican born British theorist Stuart Hall as saying. ‘It is where we discover and play with the identification of ourselves, where we are imagined, where we are represented, not only to audiences out there who do not get the message, but to ourselves for the first time.’

Street Players: Black Pulp Fiction and the Making of a Literary Underground is published by the University of Chicago Press.