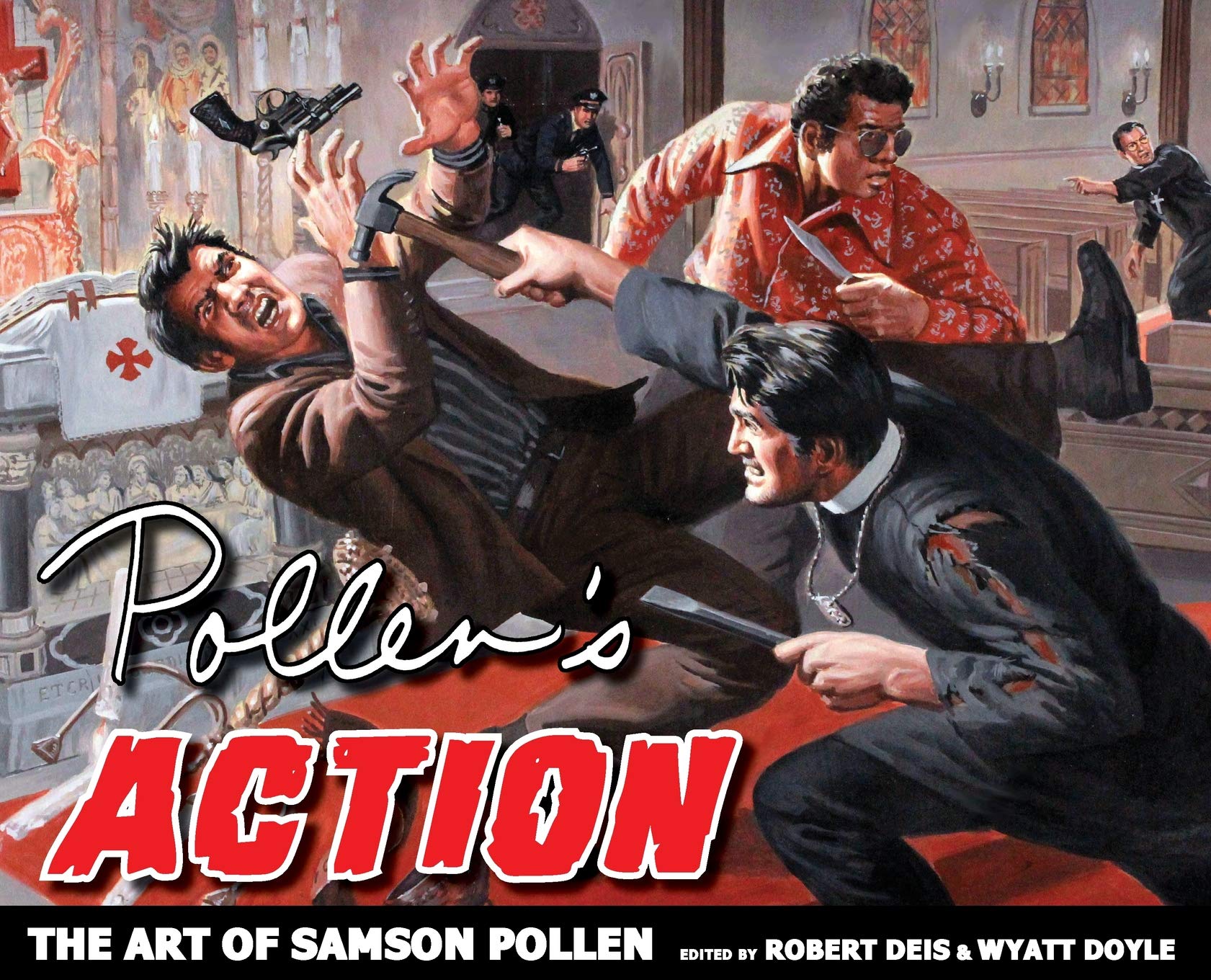 Pollen was one of the many people who managed to make a living as illustrators in the post war period, a time when there was plenty of work for individuals who could quickly produce attention grabbing, ready made art to order for pulp magazines, book covers, comics, advertisements and movie posters. As Deis discusses in his introduction to Pollen’s Action, Pollen started out painting paperback covers. But when this market started began to dry up in the late 1960s, as photographic book covers came into vogue, he began working for Magazine Management, one of the largest American publishers of men’s adventure magazines.

Someone should really do a comprehensive study of Magazine Management, because they sound like a fascinating company and there is a heap of material out there to examine. Not only did the company churn out a large number of magazines, illustrated by artists like Pollen, but their fiction and non-fiction was penned by a who is who of mid-century American male authorial talent, including Donald Westlake, Erskine Caldwell, Martin Cruz Smith and Mario Puzo, to name a few.

Pollen’s Action is full of stunning, hardboiled action oriented art that just screams late 1960s/early 1970s masculine excess, of which the cover illustration, featuring a Mafia fighting priest from the March 1974 edition of Stag, is by no means the most outrageous. In addition to refighting the war against the Nazis and Japanese, the book is full of various hyper masculine male protagonists having it out with assorted bad guys, including criminals, Deliverance style backwoods hillbillies, and vicious bikers (domestic enemy number one in the American public’s feverish post Summer of Love imagination), with everything from high-powered machine guns to bike chains and pitchforks. It should also be noted that Pollen’s work depicts more than a few women inflicting their fair share of the carnage. Plus there are the usual illustrations pitting man and woman against the elements, including pulp fiction’s number one predator of the natural world, the killer shark. A number of examples are replicated below.

The book includes an interesting interview with Pollen about his working style and the pressure of having to deliver made to order art quickly. Writing about pulp art in my PhD dissertation, I have become more adept at spotting the various tricks of the trade and shortcuts that artists like Pollen were forced to undertake to meet deadlines. One of his greatest strengths was attention to detail and his ability to effectively portray several characters in tightly constructed, sometimes quite intricate, action setups infused with an air of tension and danger.

His work also exhibits various imperfections, which I have began to see are common to the efforts of many pulp artists. There is a certain one dimensionality in some of the action scenes. One can also see similar poses replicated in a lot of his work and the same face used for the male protagonist. I have no doubt all of these were due to the time constraints he was under. It also speaks to the fact that Pollen was plying his trade pre-Internet, when it was harder and more time consuming to locate material on which to base a lot of the historical and textual detail present in his illustrations.

This is not meant as a cheap criticism of Pollen, but more as a recognition of the reality pulp artists like him faced: the constant pressure to rise to the challenge and produce original art to order, regardless of his mood on the day, whether he was inspired or sick and tired of the whole damn thing and felt like doing something else. All pulp artists faced the same situation. Some of what they did was average. Other pieces nudged brilliance. Pollen’s Action contains both.This is what makes the MAL series such a wonderful resource for pulp fans and historians; the chance to overview the work of people like Pollen, well presented and annotated, in all its wonder and imperfection. Pollen, who died earlier this year, is fortunate to have Doyle and Deis to produce these wonderful to commemorate his career. Word is that the next artist MAL is going to focus on is Mort Kunstler. If so, I can’t wait to see what they come up with.

You can pick up Pollen’s Action and all the other volumes in the MAL series at Amazon here. 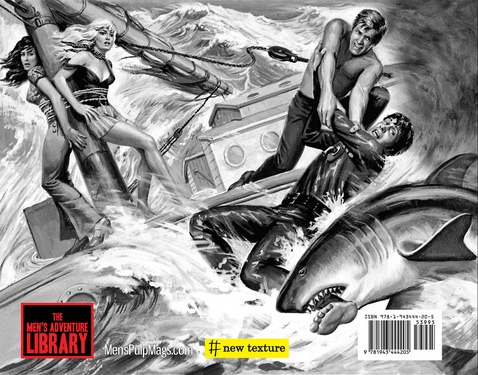 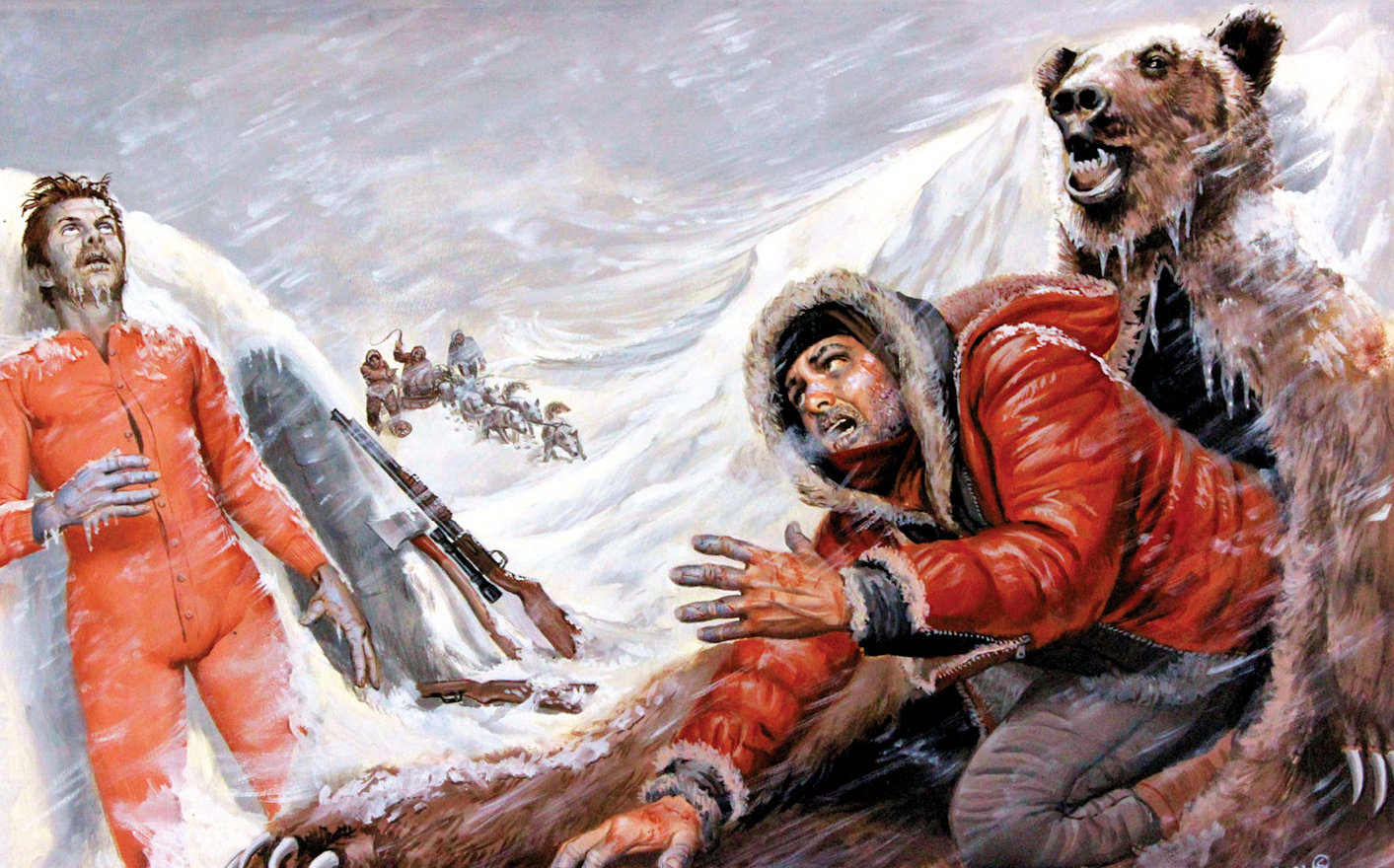 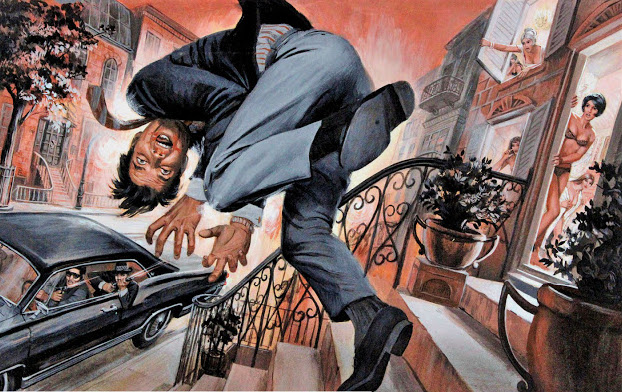 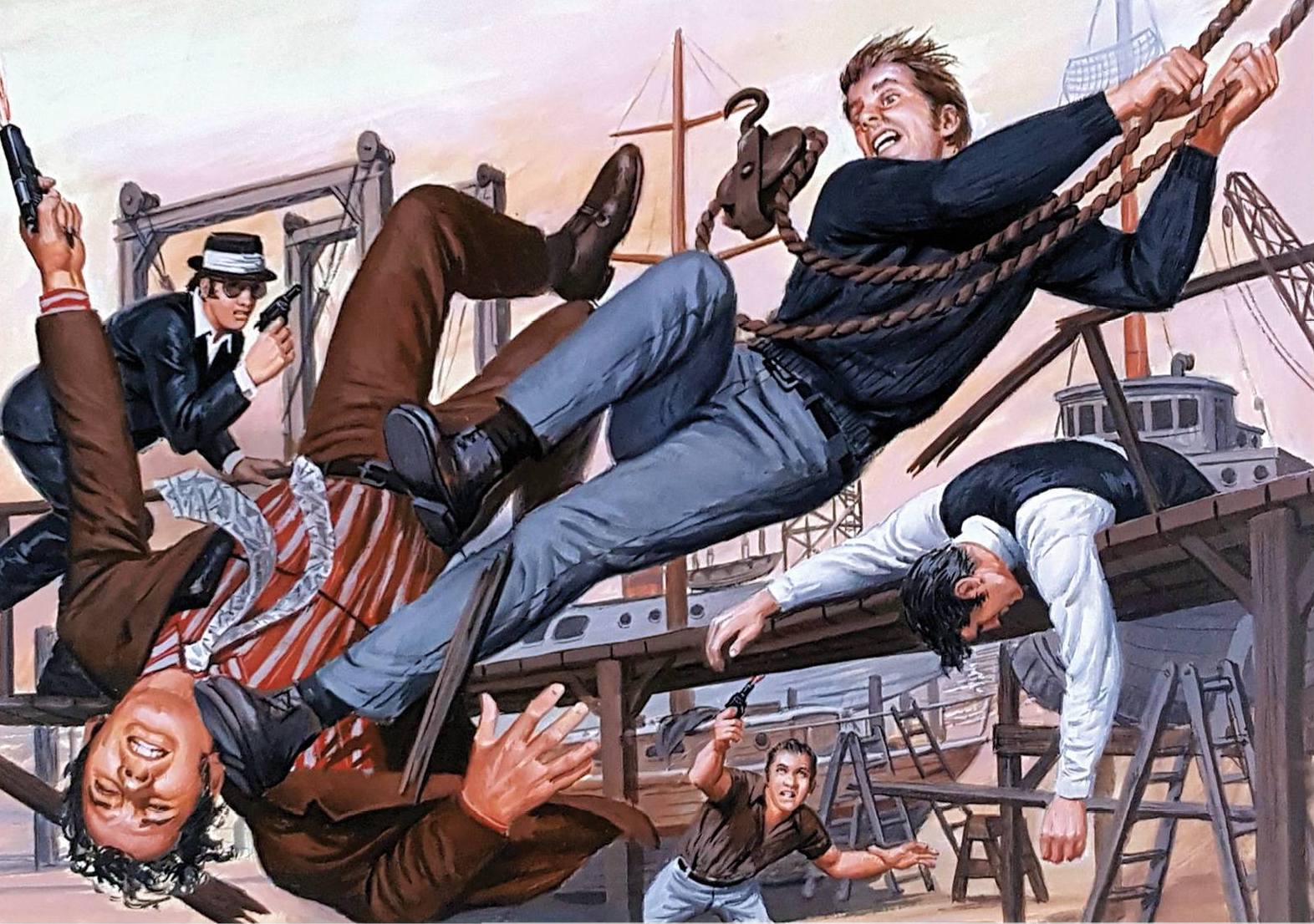 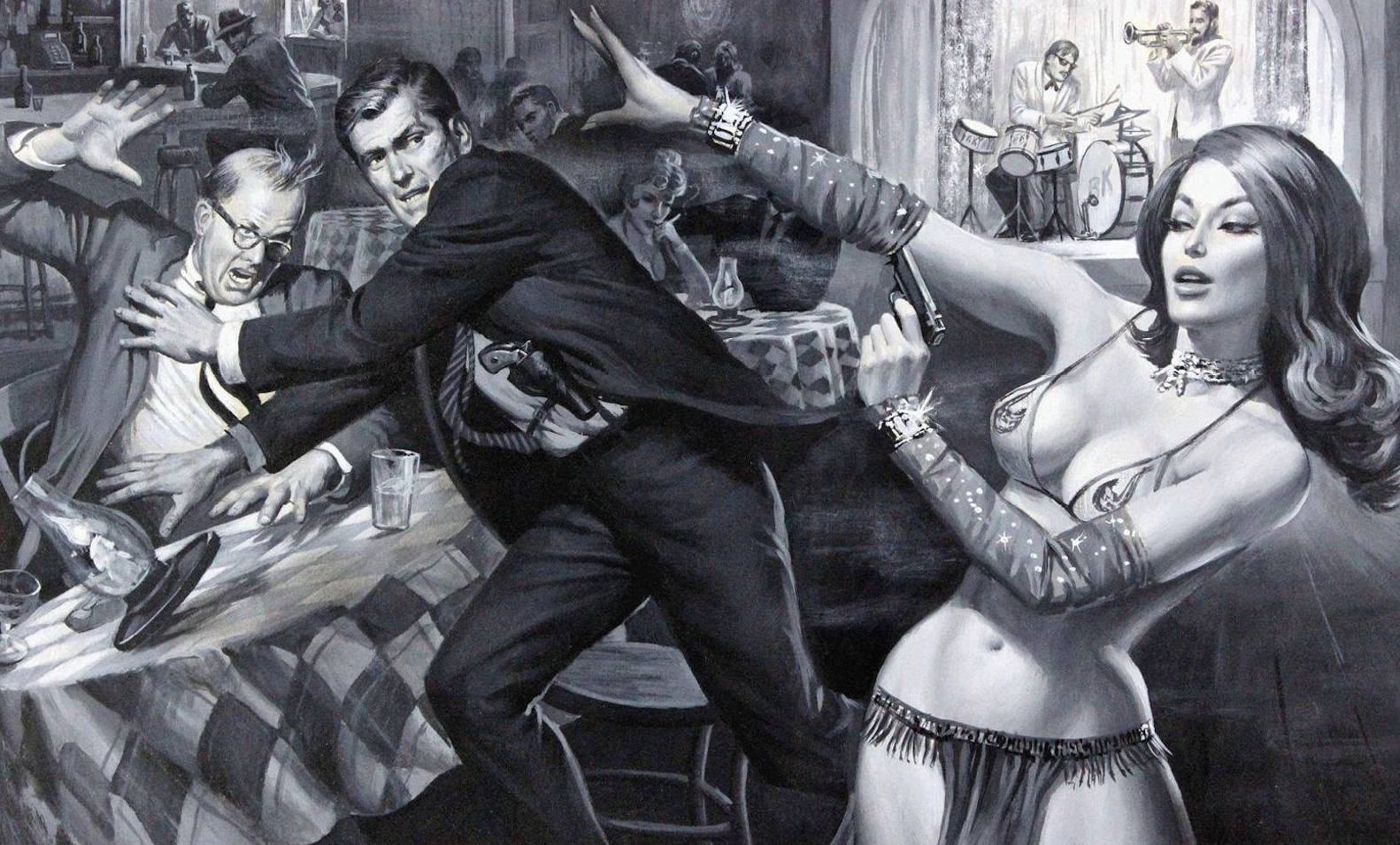 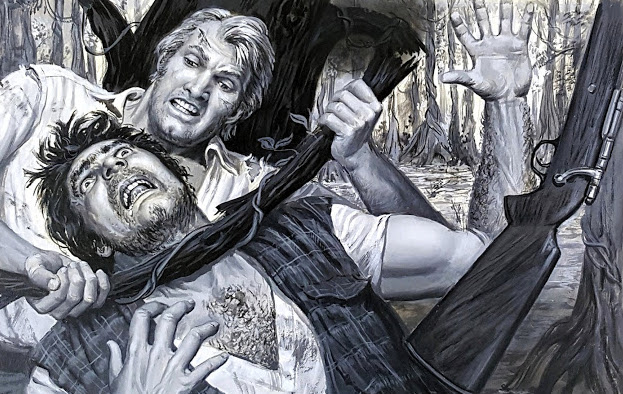 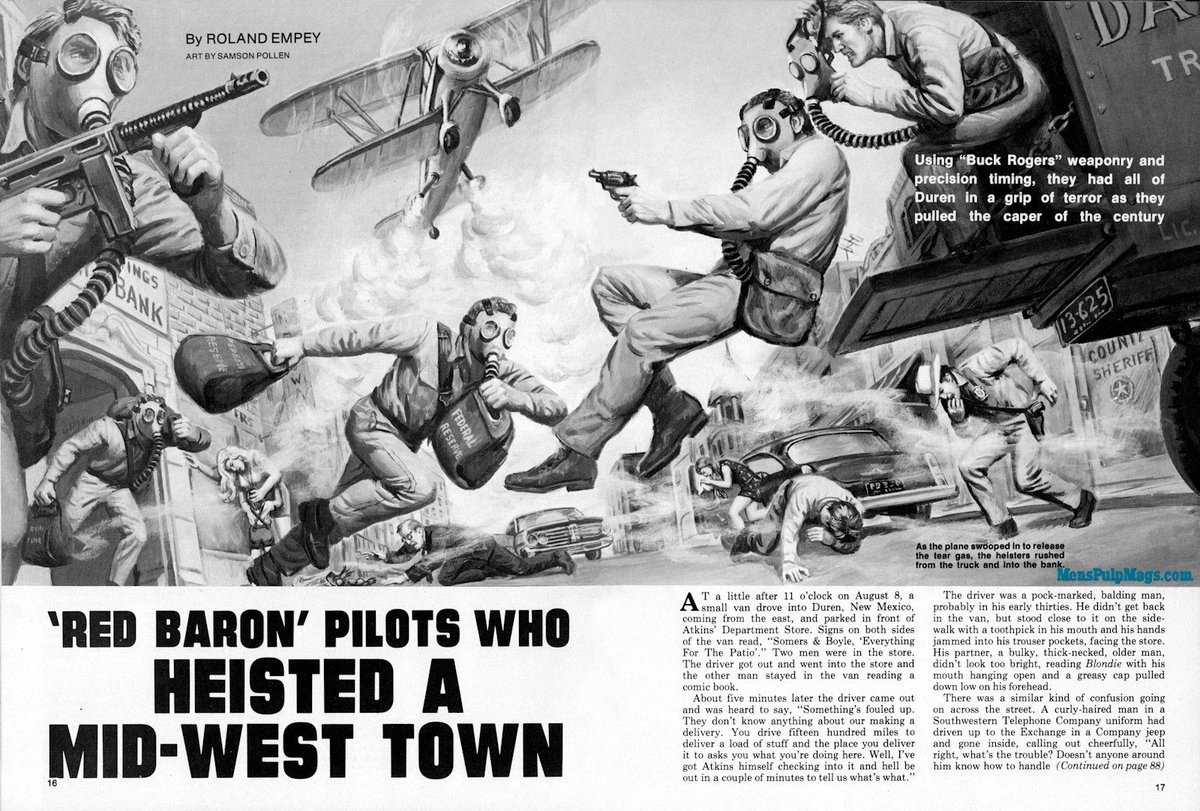 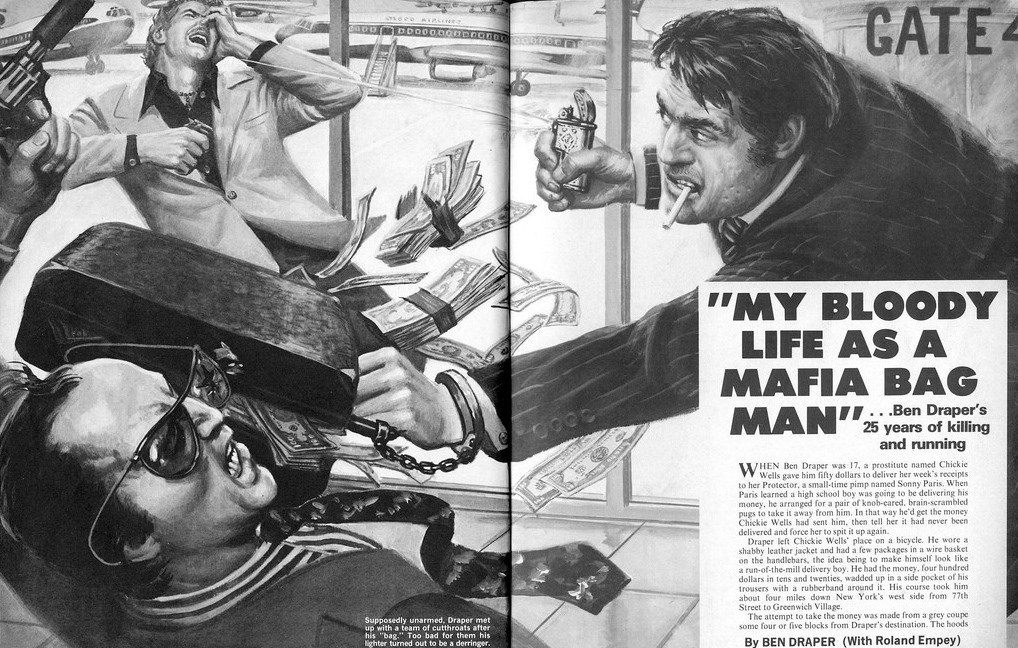