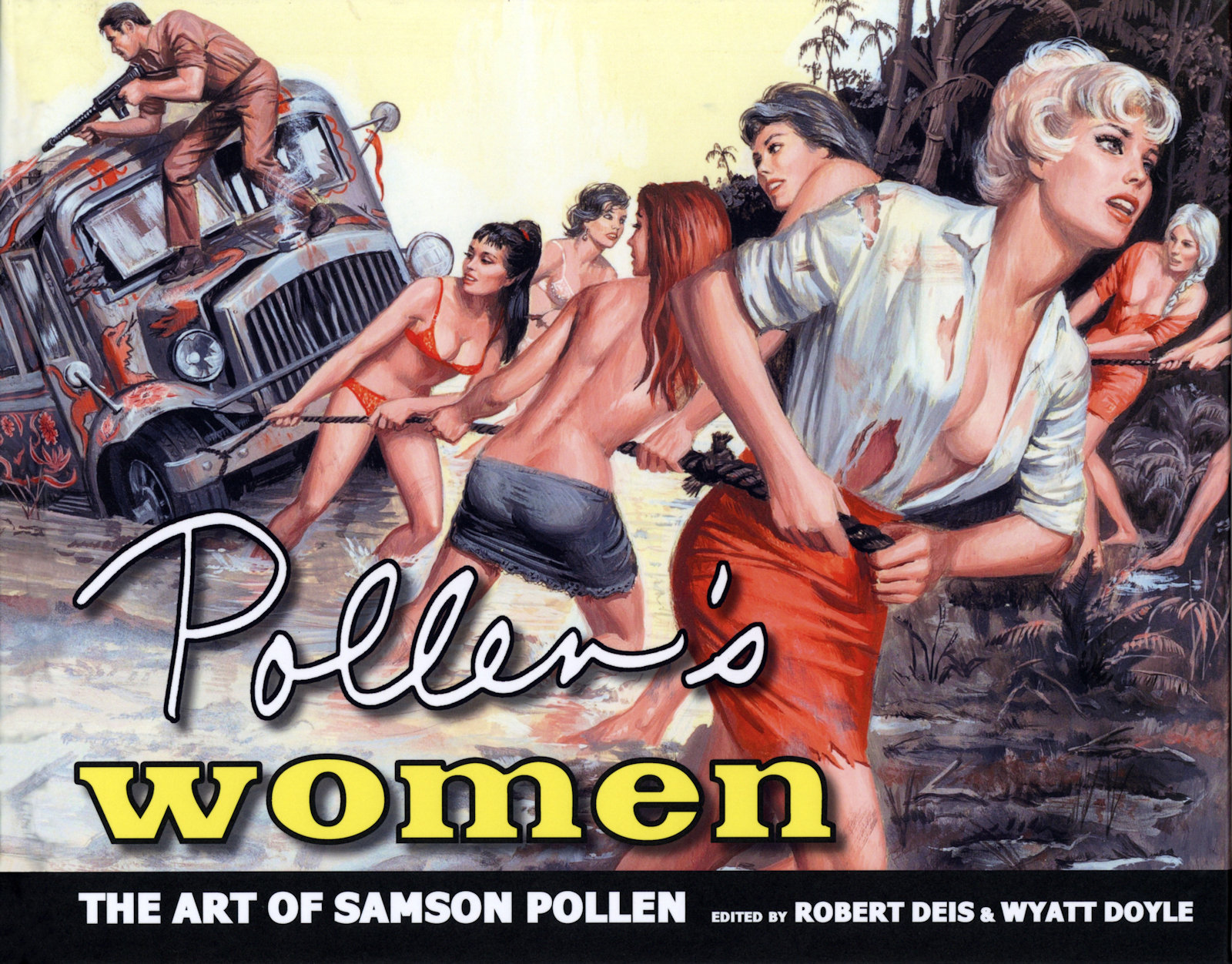 A man who knows a lot about men’s pulp magazines is Bob Deis. He runs an excellent website on the subject. Working with his collaborator, Wyatt Doyle, and many of the people who actually wrote and drew for the magazines back in the day, Deis has also put out a number of stunning books on men’s pulp magazines all of which are published by New Texture.

The latest of these, Pollen’s Women: The Art of Samson Pollen, is the subject of today’s Pulp Friday post.

Pollen’s Women is a fascinating exploration of the work of one of the foremost men’s pulp magazine illustrators, Samson Pollen. Although Pollen worked steadily for men’s pulp magazines from the 1950s to the 1970s, as Deis notes in his introduction, he is less well known than a lot of the other artists because he specialised in interior art rather than the more high profile job of doing covers.

What I really enjoy about the Deis and Doyle’s books, including Pollen’s Women, is the way they combine a genuine love for the men’s pulp magazine genre with serious and rigorous fan scholarship.

Mid-20th century pulp culture, whether in the form of novels or magazines, excelled in harnessing various fascinations and obsessions, which often lay partly submerged in the culture, to generate sales. Indeed, while similar magazines existed elsewhere, including Australia, arguably nothing better embodied the aspirations, desires, fears and nightmares of middle and lower class white males during this period than these American magazines.

Within their covers lie a bizarre world of blood thirsty bikers, masculine high seas adventurers, sexually bored housewives and duplicitous femme fatales. It is a world of easy money, ship wrecks, stag parties, fiendish Nazis and gun toting gangsters. These magazines were an escape from the drudgery of mind deadening wage labour, to be sure, but they also reflected readers hidden and sometimes not so hidden desires and fears back at them.

Of course, that’s my retrospective take. Back when these magazines were being produced, Pollen was just trying to make a living as a illustrator and in addition to a beautiful selection of Pollen’s work – sourced in collaboration with the artist (a small taste of which is presented below) – Pollen’s Women contains an in-depth interview with Pollen in which he talks about his work habits and career. It is a wonderful insight into the highs, lows and day-to-day uncertainties of being a jobbing pulp illustrator.

Having put together a book on pulp fiction related history myself, I am aware of just how much work must have gone into Pollen’s Women, the sourcing and curating of the material, as well as presenting it in a way that it celebrates the genre and the people who worked in it, as well as helping the reader interpret and contextualise it.

Pollen’s Women is a must read for anyone wanting to appreciate and understand the bizarre and lurid terrain of men’s pulp magazines. It and all of Deis and Doyle’s books are available from Amazon here. 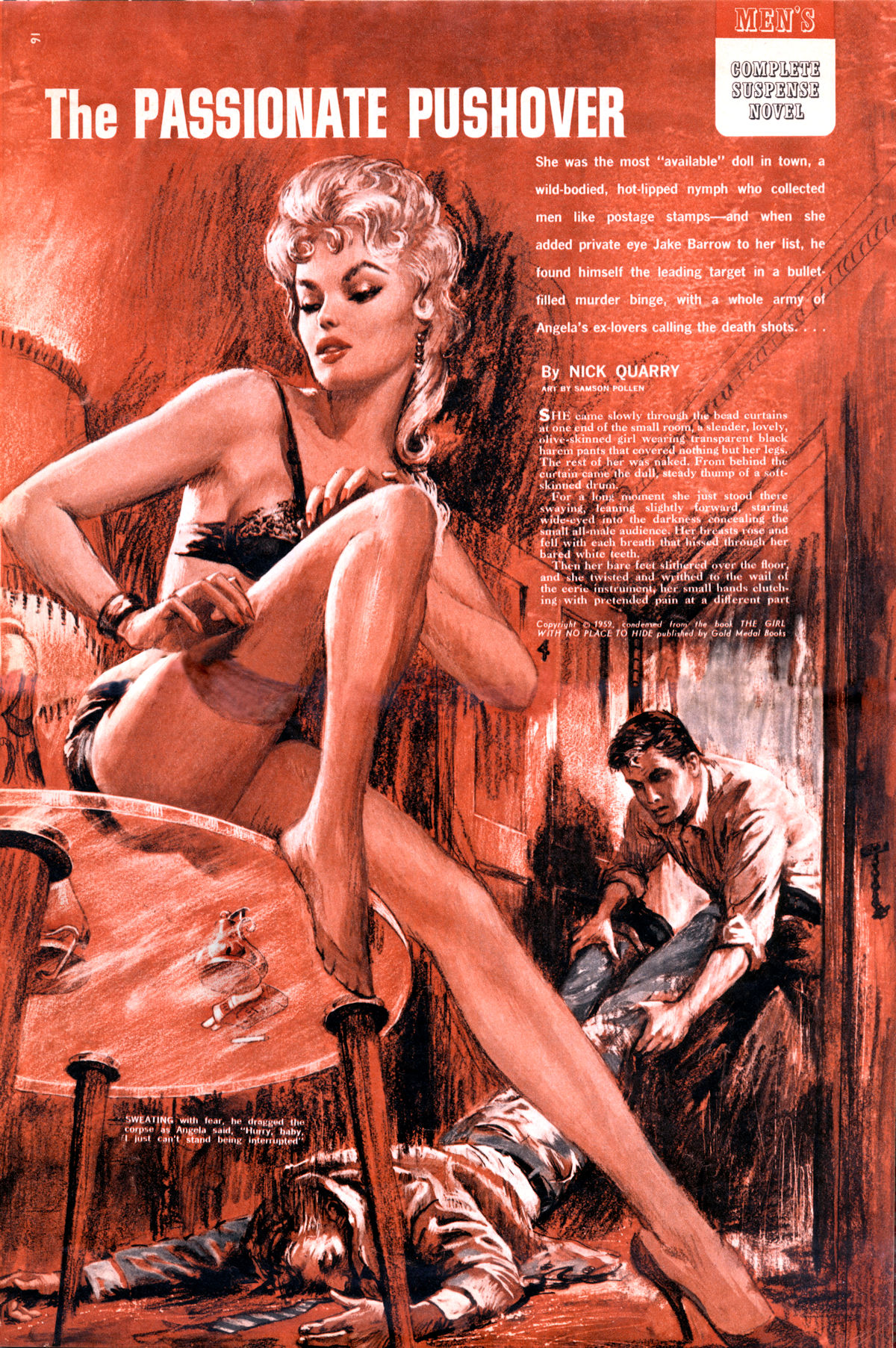 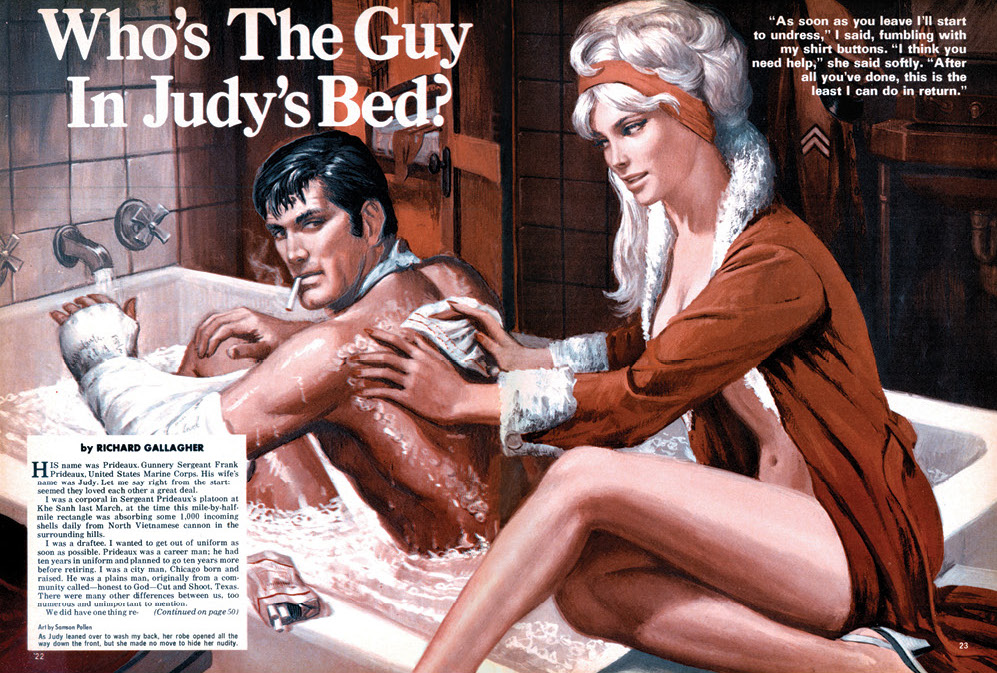 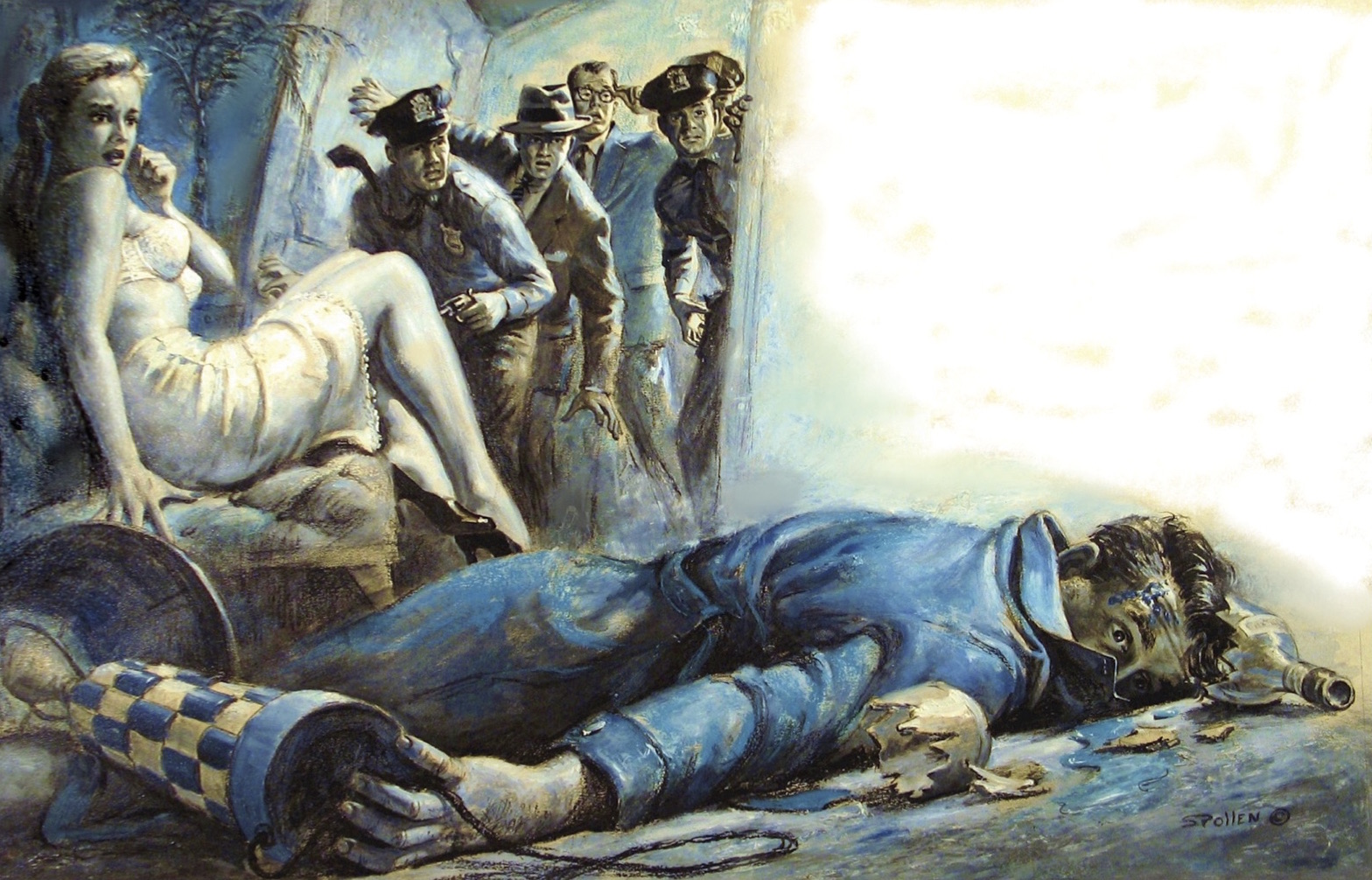 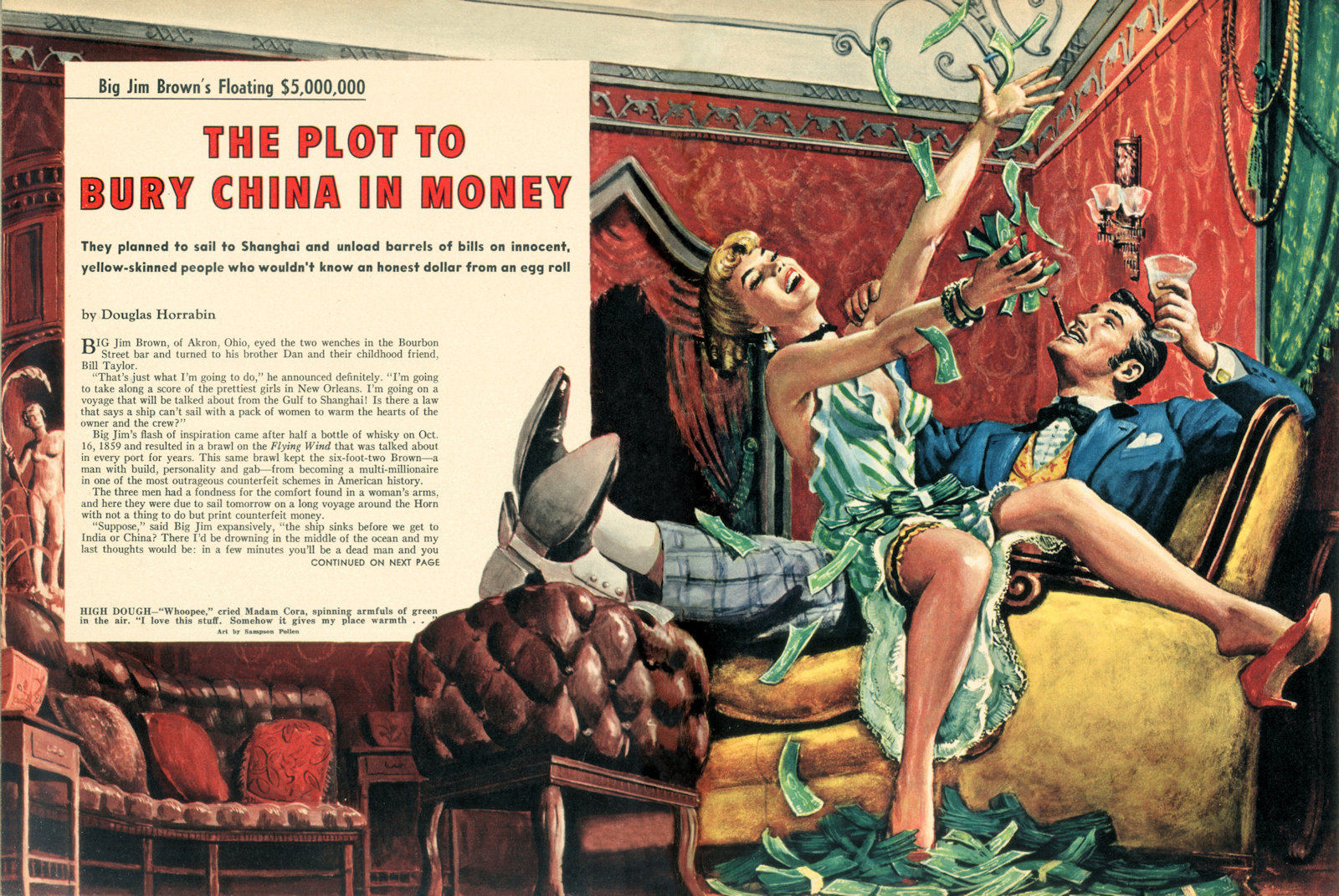 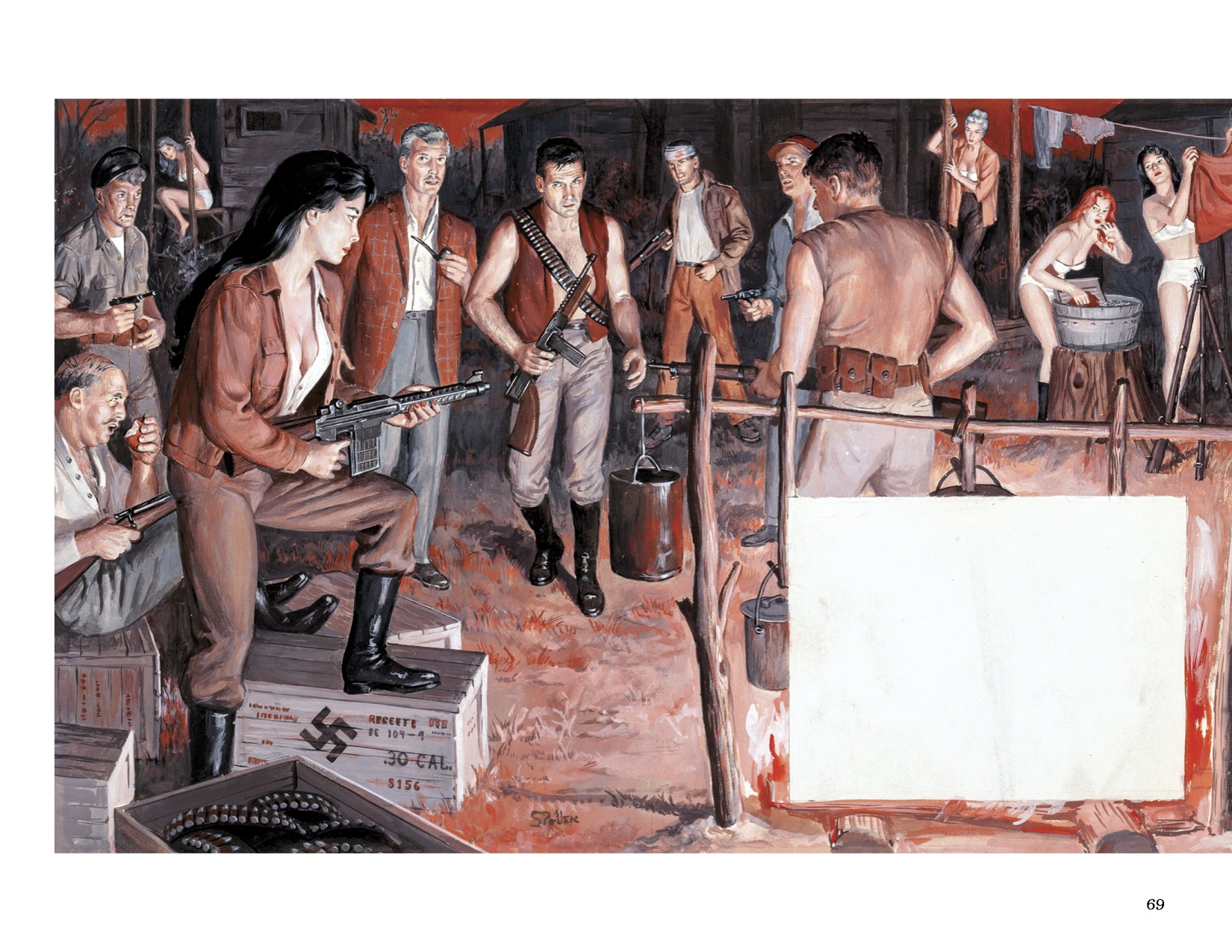