Posted on November 25, 2011 by Andrew Nette| Leave a comment 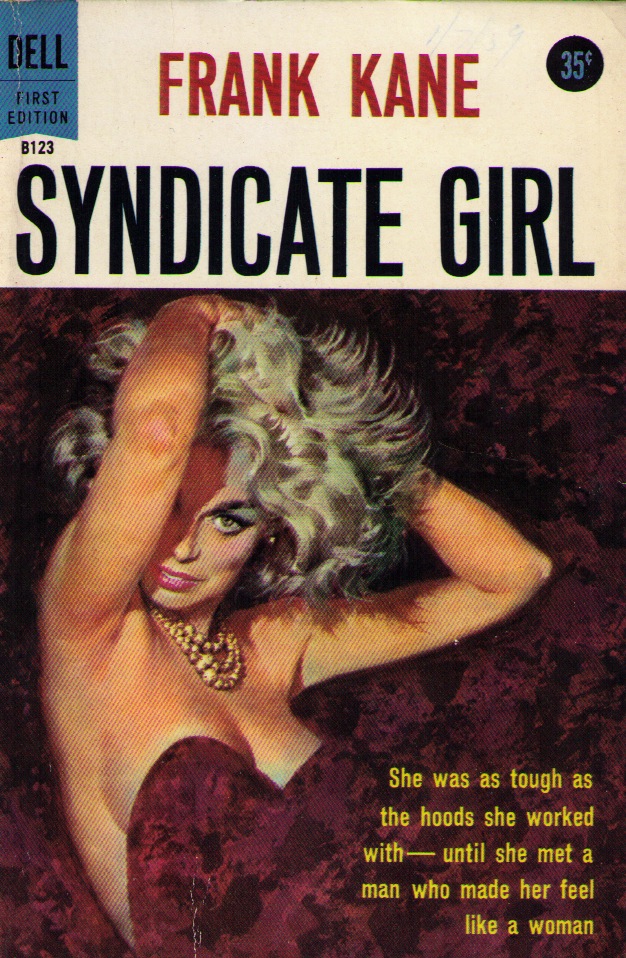 “She was tough as the hoods she worked with – until she met a man who made her feel like a woman.”

I’m feeling like some classic pulp today. And they don’t come any more classic or pulpier than this 1958 first edition paperback by Dell Publishing, Syndicate Girl, by Frank Kane.

I don’t really need to say anything else, except the back cover blurb is as classic as the front cover.

She smiled. ‘They always are, when I do them.’

The fat man shrugged. ‘This wasn’t an easy one. He was a smart cop.’

Mary Lister would do anything for a price. Kill a man, love him, whatever paid the most money. She didn’t know the meaning of fear-or passion. And then she met Mal Waters…”