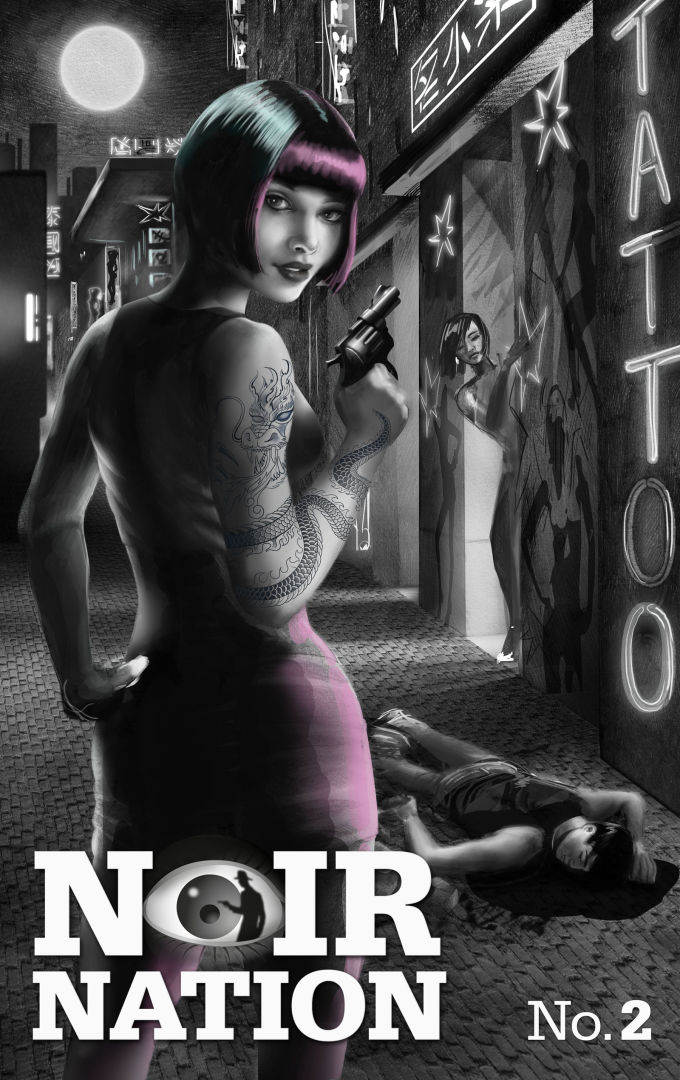 The cover for issue 2 of the international crime fiction magazine, Noir Nation, has arrived and I thought Pulp Curry readers might like a sneak peek.

I think it looks pretty good and can’t wait for it to hit the digital shelves in the near future.

Issue 2 is packed with great noir fiction from all over the world, including a story by me, ‘Homeland’. I’m pretty excited about ‘Homeland’ because it features the character of Max Quinlan, the Australian Vietnamese ex-cop and missing persons investigator who is the subject of my first novel to be published by Snubnose Press in the second half of 2012.

And while I’m in a sharing mood, I reckon it’s as good a time as any to tell you that the title of the novel has changed. It’s no longer called Cambodia Darkness and Light. The new title is Ghost Money, for reasons that will become clear when you read it.

There’s a draft cover for Ghost Money floating around, designed by Snubnose Press’s graphic sensei, Eric Beetner, which looks wonderful. But that’s not ready to see the light of day just yet.

Ghost Money is set in the mid-1990s and sees Quinlan travel to Cambodia, at that time still wracked by poverty and civil war, to try locate a missing Australian businessman. But he’s not the only one looking. As the country’s long-running Khmer Rouge insurgency fragments and the political temperature rises, Quinlan is slowly drawn into a two-decade long mystery that will take him to the heart of the Cambodia’s bloody past.

Ghost Money is a crime novel but it’s also about Cambodia in the mid-nineties, a broken country, and what happens to people who are trapped in the cracks between two periods of history, locals and foreigners, the choices they make, what they do to survive.

Every since finishing Ghost Money, I’ve been keen to try my hand at another Quinlan story, just to see whether he had more than one shot in the locker in him. As far as I’m concerned, the answer’s yes.

‘Homeland’ is set in Melbourne and involves Quinlan attempting to track down a young Vietnamese woman missing in Melbourne’s illegal sex trade. It’s definitely one of the my better short story efforts (although at over 6,000 words, it’s hardly short).