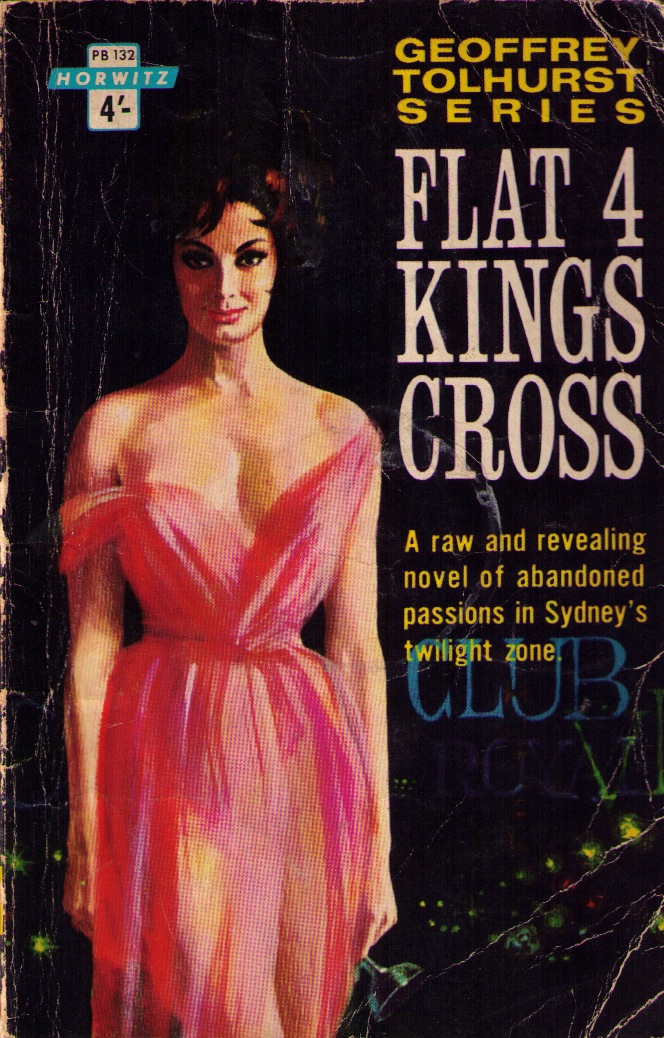 Flat 4 Kings Cross is a great example of this sub-genre of Australian pulp. The back cover blurb gives you all you need to know about the plot.

This was the life Carla found at Kings Cross, in the neon jungle of Australia’s most notorious network of vice. And this was the life that eventually led her to tragedy – and a love transcending all others in its passion and fire. A startling insight into the life behind the Cross, its rawness and brutality.”

The front cover of Flat Four Kings Cross makes it clear there were others in the series, but I don’t know what these are.

The only information I could dig up on the author comes via local pulp scholar Toni Johnson Woods. Tolhurst was one of six pseudonyms used by an author known as Rena Cross. She also wrote under Rena Crane, Rebecca Dee, John Duffy, James Christine and Karen Miller.

Further information about her career is sadly unavailable.