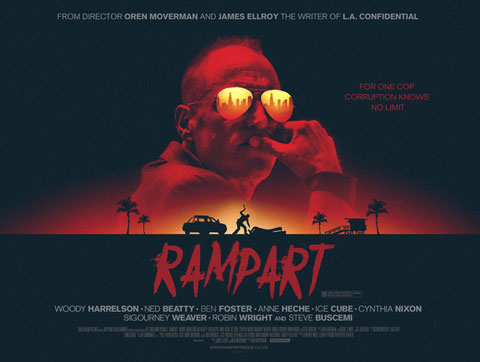 The late 1990s, the Rampart Division of the LAPD is already investigation for fabricating evidence, police brutality and a string of other offences. Into this shit storm walks Brown, a 24-year veteran of the force. While on patrol his car is involved a collision. Brown chases down the other driver and savagely beats him. It’s routine brutality on Brown’s part, except this time, unknown to him, someone has filmed it.

Next thing you know, Brown’s a TV star and the powers that be want his badge. Has he been set up? In an attempt to generate some cash to pay lawyers he gets a tip off about a card game heist and things really turn bad.

Brown has most of the characteristics we associate with the typical cinema bad cop. He’s a Vietnam veteran, a semi-alcoholic, pill popping, womanising, hard charging white man with zero tolerance for the ethnic diversity of the city he lives in. The fact that he has pulled some bad stuff in his time is signalled by his nickname, which he received because he was suspected of killing a serial date rapist.

Home is a white suburb where he has a complicated family life, living adjacent to two women (Cynthia Nixon and Anne Heche), the mothers of his two mixed up daughters, who love/loathe/fear him in equal measure.

Into this mix, are thrown a number of elements straight out of the Ellroy playbook. Brown’s smart, more than able to hold his own against procedural quoting suits. He pulls good-looking women who are attracted to his bad cop vibe. He even hangs at the Pacific Dining Car, where he meets his elderly corrupt cop mentor played by Ned Beatty, a great character who acts like Dudley Smith, the fearsome rouge cop of Ellroy’s LA quintet.

All the characters are good, but particularly Harrelson. His performance is electric. Ellroy is Ellroy, and if you dig him (and I do), you’ll like his influence in the script.

Most bad cop films revolve around the individual concerned trying to justify or rise above their actions. Rampart is difference because Brown genuinely does no feel any emotional or intellectual remorse about what he has done. It’s the best bad cop film I’ve seen for a long time, a gripping portrayal of a man unravelling that confirms Moverman as one of the most exciting US directors around. 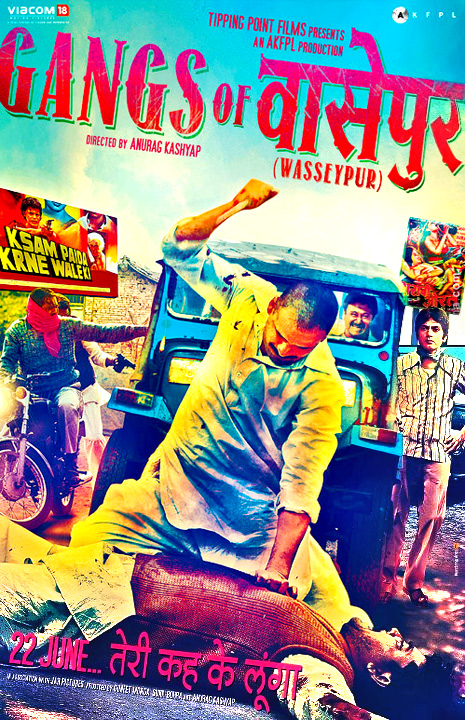 As I’d indicated previously, I signed up for both instalments of Anurag Kashyap’s Indian crime epic Gangs of Wasseypur. Memo to those thinking of seeing this, the experience would have been greatly improved by allowing more than 15 minutes between the two instalments, because clocking in at six hours, it felt like watching Godfather parts 1 and 2 back to back.

That said, I’m very glad I made the effort.

The story is simply too long and complex to go into detail about here. Part one establishes the background to the plot and Sadar Khan’s rise in Bihar’s criminal milieu. Part two takes the story into contemporary times as the introduction of more sophisticated weapons and drugs turn the feud more bloody and complex, sometimes in a way which felt too over the top for me.

Gangs of Wasseypur is a violent, colourful film that makes few concessions to the non-Indian viewer (I thought that was a god thing). Multiple plot lines and characters duke it out with prison breaks, shootouts and a seemingly endless procession of funerals, to the accompaniment of a kick arse Indian soundtrack. More than this, it is also fascinating examination of the political economy of much of Asia, in which political power is built on the back of primitive capital accumulation, be it coal, scrap iron or fisheries, and the poor swapped being exploited by white colonialists for being exploited by their own criminal ruling class.

I also saw Golden Slumbers this week, a haunting documentary about the destruction of Cambodia’s pre-1975 film industry at the hands of the Khmer Rouge. I’ll be reviewing it on this blog next week.