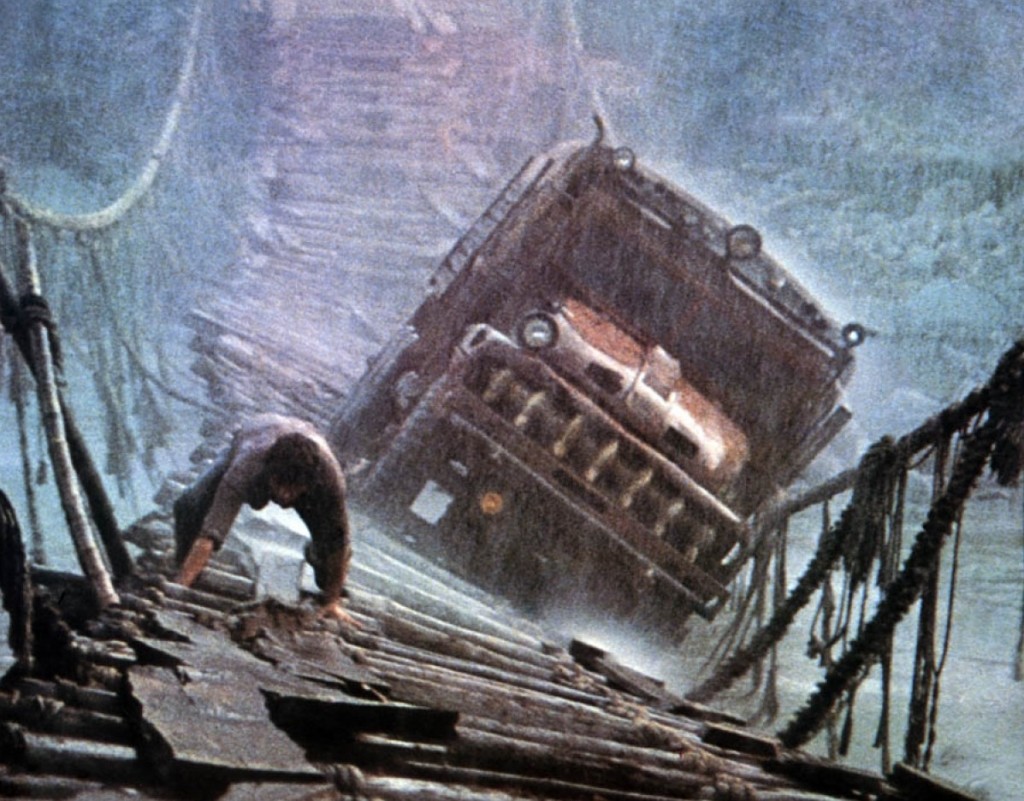 I really enjoyed Mark Hartley’s documentaries, Not Quite Hollywood (2008), about Australia’s Ozsploitation film scene, and Machete Maidens Unleashed (2010), his look at American film making in the Philippines in the seventies and eighties, so expectations are high for this one. Electric Boogaloo is the story of Cannon Films, the Hollywood B-studio responsible for such cinema gems as Lifeforce (1985) and the pre-Rambo, Rambo film, Missing In Action (1984).

As regular readers of this site will know, I’m a major fan of South Korean crime cinema. A Hard Day redefines the motion of a tough day at the office when a police detective has to deal with a divorce notice from his wife, his mother passing away and an internal police investigation into allegations he is corrupt in the space of 24 hours. As if that wasn’t enough, he accidentally hits and kills a pedestrian. He tries to cover the death up, but someone has witnessed the act.

I have been hearing good things about Black Coal, Thin Ice for months. The third film by director Yi’nan Dao, this gritty noir is the tale of a former cop, now a alcoholic security guard, who is haunted by a failed murder investigation he was involved in five years earlier. When bodies start appearing again, murdered in similar circumstances, the ex-cop sees the possibility of making up for past mistakes.

Despite not knowing anything about the Ian Pringle, the writer and director of The Legend Maker, this independent Australian crime film looks great. It concerns an ageing forger who wants to get out of the game and is under threat of death from a thug known as the Croat.

Another film I’ve heard a lot about, this documentary centres on the trial of legendary Boston criminal, James Whitey Buglar. Buglar terrorised the city in a criminal career spanning thirty years, including murdering over a dozen people. Despite this he was given an almost free reign by the FBI and local police, who never charged him with so much as a misdemeanour. This documentary examines why.

Phase IV is the only film ever directed by Saul Bass, the man behind the opening credits of such classic films as Vertigo (1958) and Psycho (1960). It revolves around desert ants that suddenly develop collective intelligence and begin to attack humans. It is up to two scientists and a stray girl they rescue from the ants to save human kind. Phase IV is a cult favourite and is showing at MIFF with the recently discovered original ending (removed by studio executives) restored in all its glory.

The story of possibly the greatest film ever not made, Alejandro Jodorowsky’s failed attempt to make a movie of Frank Herbert’s sprawling science fiction novel, Dune. It’s also a wonderful meditation on the joy of unrestrained creativity.

A look at Cambodia’s marvellous and vibrant pre-1975 rock music scene, almost completely eradicated during the short by bloody rule of the Khmer Rouge. I’ve previously written about this music and the people who made it. The director, John Pirozzi, also did the cinematography for City of Ghosts, a 2002 crime film shot in Phnom Penh, so I’m expecting a terrific documentary and some wonderful imagery.

Swedish director Goran Olsson’s documentary is an homage to and examination of African liberation struggles of the sixties and seventies, based on Franz Fanon’s influential The Wretched of the Earth. Again, advance buzz on this documentary has been good. Perhaps not the most obvious film to see at MIFF, but I can’t help feeling current events in Africa make this film a must see.