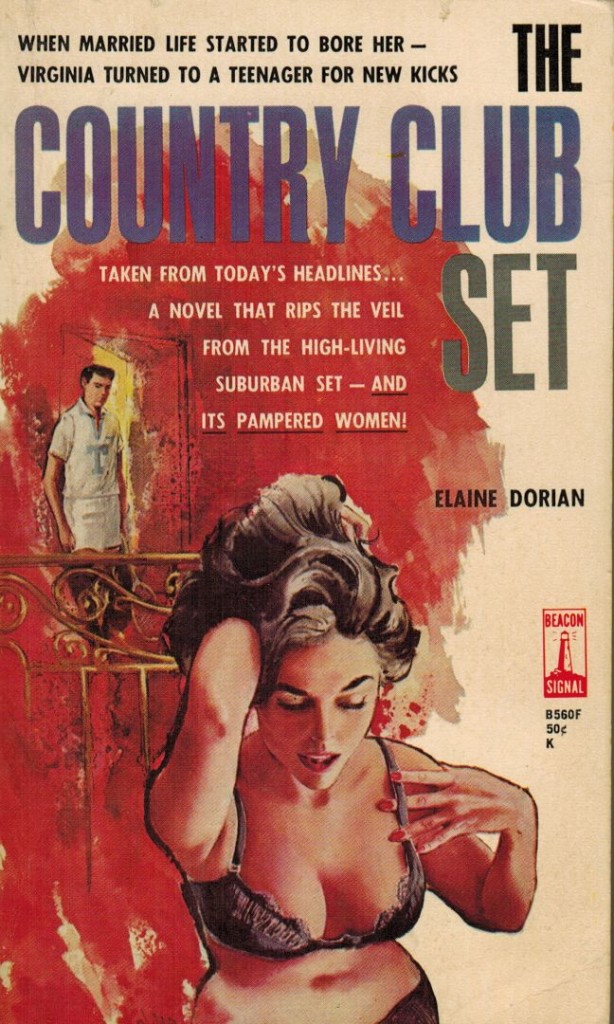 “When married life started to bore her – Virginia turned to a teenager for kicks.”

The story is about a devious middled aged woman who engages in an affair with a young male tennis player she picks up at the local country club. It was published by Beacon Books in 1963, the same year as the Charles Webb’s blockbuster, The Graduate, appeared, and was perhaps an attempt to cash in on its success.

‘Elaine Doran’ appears to have been a pen name for a writer called Isabel Moore, who wrote for a couple of decades, including penning a number of sleaze pulps for Beacon in the early sixties, titles like The Sex Cure, Second Time Wife and Double Trouble.

She appears to have made no secret of her writing activities and a November 2, 1962 article in the Schenectady Gazette, the local paper of Schenectady County in the US state of New York, reported, “obscene words and threats” where painted on her house after The Sex Cure appeared in print. The book was a take on the behind the scenes sexual activities of the upper strata of her local area, Cooperstown.”

Moore had been warned that something would happen and was staying with friends when the graffiti attack happened.

“Police chief William Ross said the threats and obscenities were sprayed on all four sides of the house in letters a foot high. The lettering indicated that three of four people did it, he said. ‘That book shook up the town real well,’ Ross said.”

The Sex Set was published in 1962 and you can see cover here. On the front cover it says: “For the rich, beautiful women of the suburban fast set, young Doctor Justine Riley had a favourite prescription. Rips the mask from doctors who mix women and medicine.”

As The Country Club Set and other books followed The Sex Set, the attack obviously did not deter her from continuing to write.

There is no record of whether the local police discovered who was responsible for the graffiti. 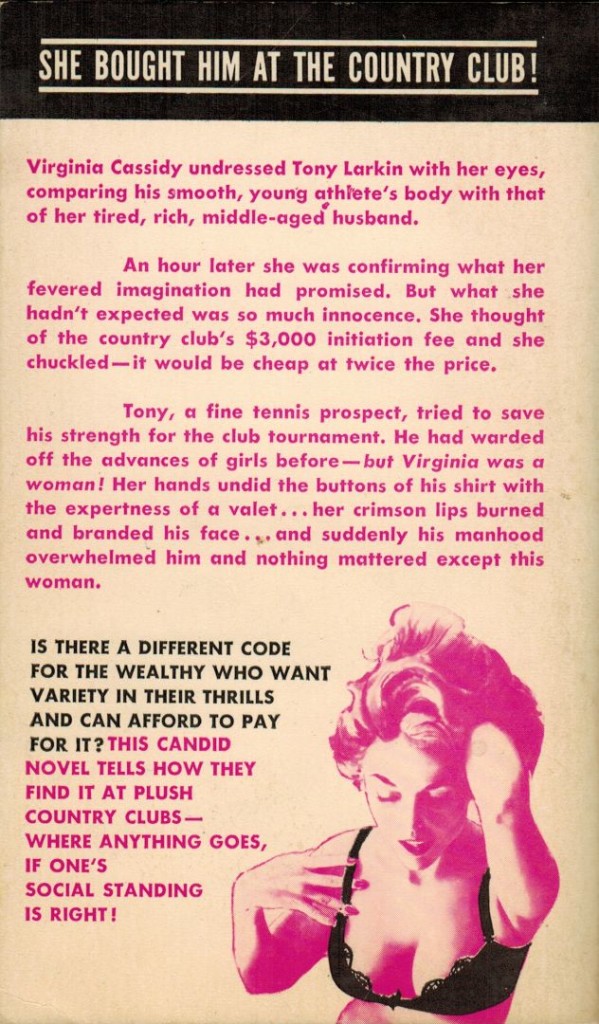