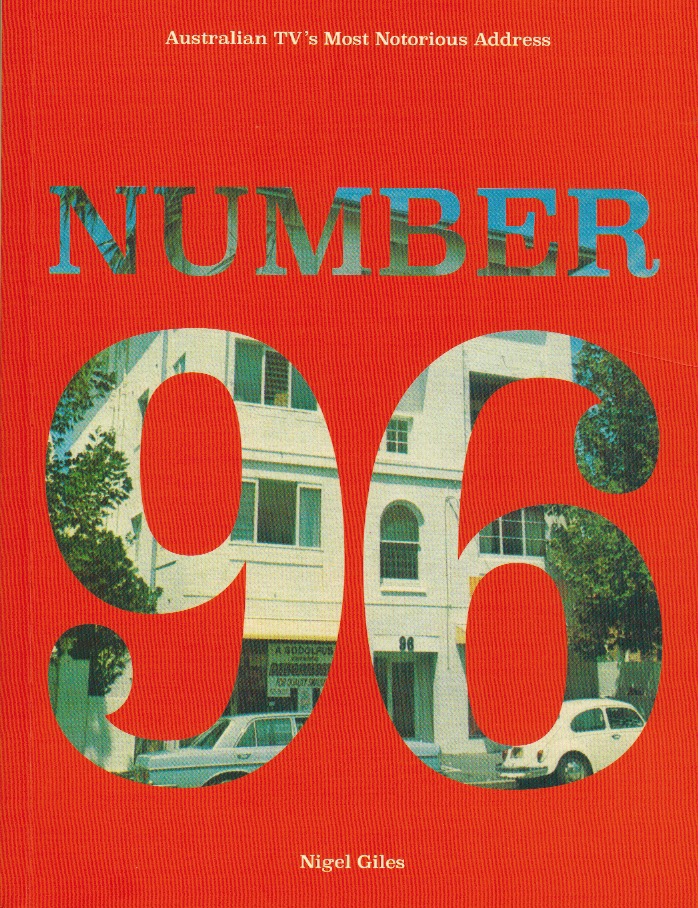 Number 96 depicted the lives of the residents of a fictitious block of inner Sydney flats. It was the brainchild of two producers, expat American Bill Harmon and Don Cash, who was English born but had worked in the US. I can’t help but think the American connection is important. It enabled them to more keenly sniff the changing cultural winds of Australia in the early seventies and deliver a type of show few other local producers would have been able to do at the time, as well as market it with a flair not previously seen in this country.

Cash and Harmon had met while working on the ATVO family adventure series set in the Queensland tropics, The Rovers. After working on features together – the 1970 comedy Squeeze A Flower (starring They’re A Weird Mob‘s Walter Chiari) and critically influential Wake in Fright – they formed their own production company in 1971. They were approached by ATVO to do a local adult drama show to be screened two or three nights a week, the Network’s response to pressure from Canberra to deliver more Australian content.

The show, ‘something out of Coronation Street spiced up with Peyton Place’, as Abigail puts it in the book, debuted on March 13 1972. There was moral outrage from some quarters, including many television critics, about the show’s explicit nature, including ample amounts of then taboo nudity.

But the public loved it. Audiences, it became very quickly apparent, were keen to dive head first into the warm water of the increasingly sexually liberated early seventies. Very soon the Network asked Cash and Harmon to produce the show five nights a week.

One of the many strengths of Giles’ book is how the story of the show, from its origins to its end in August 1977, is told almost completely from the point of view its actors and production crew. Giles conducted over 50 interviews and excerpts from these are grouped in a series of themed chapters, allowing the story to be told in a way that feels both in situ and marvellously textured.

Number 96’s origins are followed by an account of its smash hit success, only fuelled by the show’s frequent run-ins with the Broadcast Control Board and controversy over its racy content.

Number 96 was responsible for the first full frontal nudity on Australia television; the first openly gay television characters living together (much to the shock of homophobic elements in the Network’s management), and one of the earliest small screen relationships between a black man and a white woman.

Early plot lines involved issues such as breast cancer and, in one celebrated episode, a resident who tried to sacrifice a semi-naked Abigail in a satanic mass. Dubbed ‘Satan Comes to Number 96!’ by one newspaper,  the plot line was unfortunately ordered cut by the Control Board and none of the footage survives. 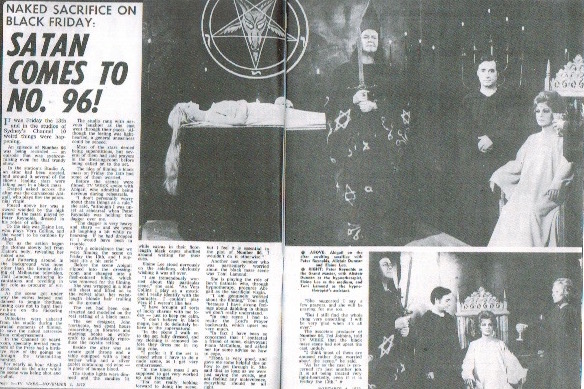 The making of the show, including the publicity machine behind it, is examined in detail. While Number 96’s explicit content to a great extent sold itself, Cash and Harmon, aided by the Network, came with ingenious ways to further exploit it, including organising a passenger train to transport cast members from Sydney to Melbourne for the annual Logie awards (Australia’s equivalent of the Emmys). The train made stops at country towns along the way at which thousands turned out to see it and 40,000 fans were present when it pulled into Spencer Street.

The show resulted in what must have been among Australian television’s first examples of spin off merchandise. These included T-shirts, a cast member’s cookbook, and a string of lurid paperback tie-ins, published by Arkon Paperbacks, a division of Angus and Robertson (which I have written about previously on this site here). A number of cast members released records and several opened businesses along the lines of the fictitious occupations they had in the show. There was also a Number 96 big screen movie, shot in 10 days over Christmas break in 1973 and released in 1974. It was a hit, despite its poor production values, partly because it was in colour at a time when television was still in black and white.

But as is the case with even the most successful shows, rating eventually started to decline, and the book documents efforts to devise more extreme plot lines to maintain viewer attention. The flats were briefly terrorised by the ‘panty hose strangler’ (unmasked as Chantal Contouri), one characters parents were eaten by a shark, and, in the most infamous episode, which aired in September 1975, four characters were killed in a bomb blast. The episode resulted in a flood of protest calls to the Network’s switchboard. The move, which according to some of those interviewed in book, damaged the chemistry that existed in the company, and was a blow from which the show never recovered. It continued however until August 1977.

The show not only made household names out a number of local actors, and provided vital training for countless writers and production staff, it resulted in a sexual arms race of sorts on Australian television, as other stations tried to match it. Even Hector Crawford, who prided himself on his family values, created his own variant, The Box,  based in a fictional TV station, which aired from February 1974 until October 1977. Giles also details the various, largely unsuccessful, efforts by Cash and Harmon to launch other shows, including the intriguing named The Unisexers, about a commune of young people in inner Sydney.

Beautifully laid out, informative and detailed, Number 96 is a love letter to one man’s pop culture obsession. It is also a must read book for anyone interested in seventies Australian culture and our television history.

Not withstanding the great work of bodies like the National Film and Sound Archive (who provided many of the images in Giles’ book) and the Australian Film Institute Research Centre, efforts to preserve our small screen culture have not been great. I can think of many important television shows that could do with the kind of treatment Giles gives Number 96. I hope the success of his book encourages publishers to contemplate more titles like this.

Number 96 by Nigel Giles is published by Melbourne Books and is available here.