Pulp on the big screen

This month sees the 50th anniversary of the Mike Hodges film, Pulp.

I feel like Pulp, which I reviewed on this site here back in 2016, does not get a lot of love from people, but I am a fan of its bizarre, at times almost campy noir vibe. Most of all, I like the fact that it is an ode to the era of mass produced literature and to a time when pulp, in all its forms, could still be dangerous.

The lead character is a sleazy expat British expat pulp writer called Mickey King, played by Michael Caine, a nod to the prolific writer Earl Stanley Gardner. King’s dialogue drips with sleazy pulp cadence and the film is full of images of pulp in its many forms.

Ever since watching this film, I have been on the look-out for signs of pulp in the movies. As a 50th anniversary tribute to the Hodges film, below are the screenshots of what I have managed to find so far. I am sure there are many others and I would love readers to alert me to ones I have missed or to help me identify the ones below that I have not been able to identify. 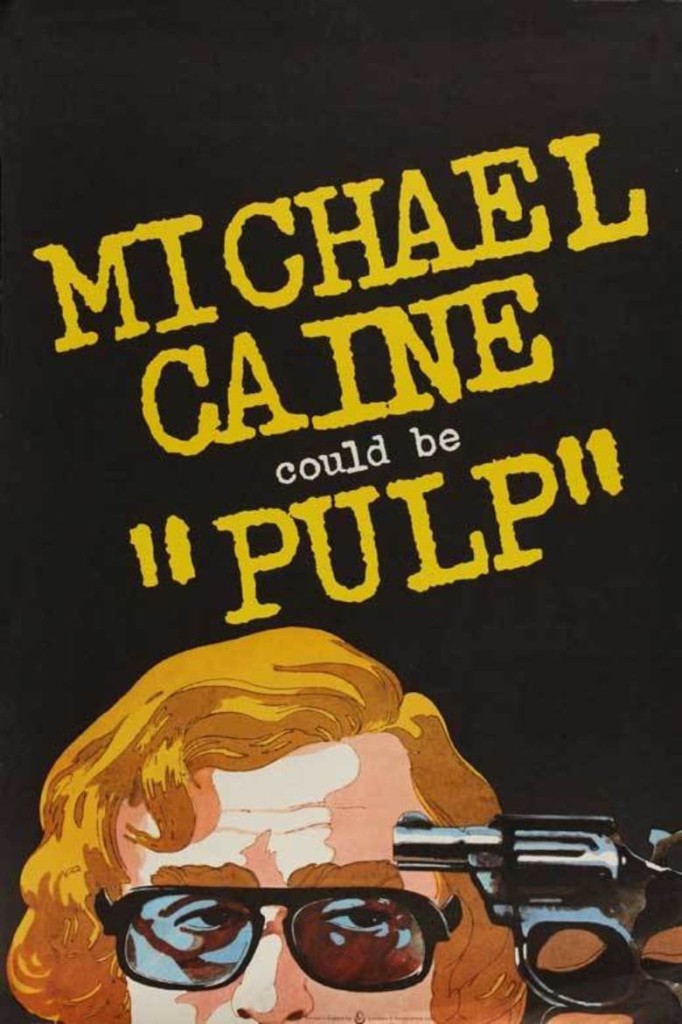