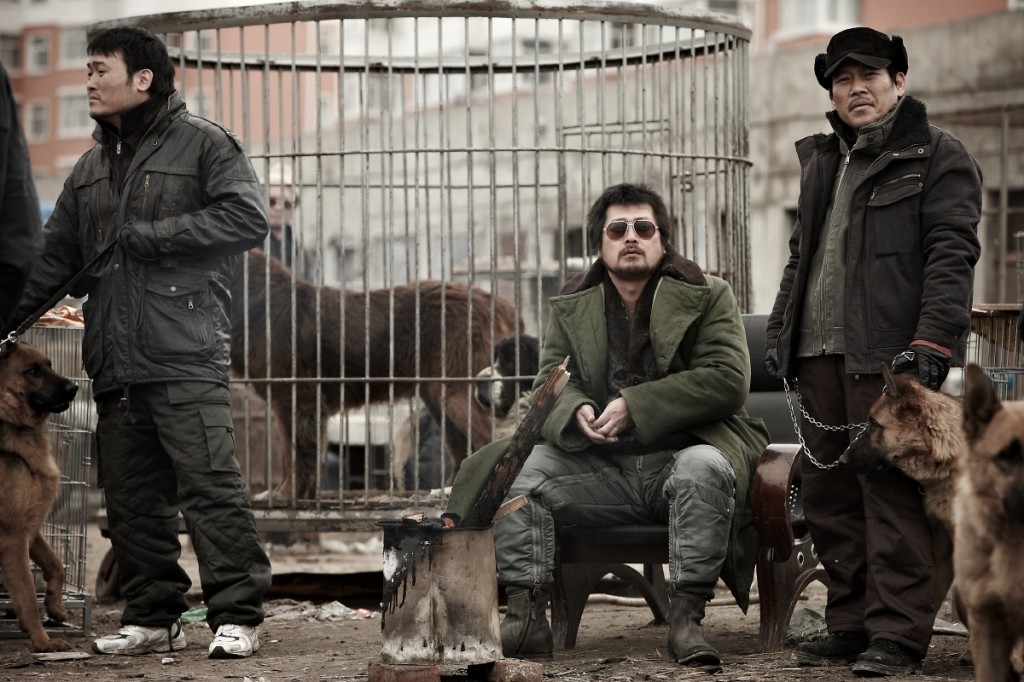 Viva Riva! is one of several interesting looking films in the Crime Scene program. Another is Elite Squad: The Enemy Within. Brazilian director Jose Padilla is probably best known to Australian audience for his 2002 documentary Bus 174. Elite Squad: The Enemy Within is the second Padilla film featuring the character of police lieutenant colonel Roberto Nascimento. The first, Elite Squad, is the highest grossing film in the history of Brazilian cinema. The second sees Nascimento propelled from a botched attempt to contain a prison riot into a wire tapping operation that uncovers high level political corruption.

MIFF 2011’s Accent on Asia program contains a number of great crime films, including Outrage, the latest Yakuza picture by director Takeshi ‘Beat’ Kitano, and South Korea’s The Unjust, about the hunt for a serial killer against a backdrop of police and corporate corruption.

The film I’m particularly keen to see, however, is The Yellow Sea, about a low-life cab driver in the Yanji City, a region between North Korea, China and Russia, who agrees to kill a South Korean businessman in return for getting out of the mountain of debt he’s racked up playing mahjong. Suffice to say, things don’t go as expected. I’ll be surprised if this pops up in local cinemas in the next 12 months.

Elsewhere on the program is The Guard, an Irish film about two cops trying to solve an international criminal conspiracy. The Irish cop is played by Brendan Gleeson, with Don Cheadle as his FBI partner. Martha Marcy May Marlene is a US film about a women trying to escape from a cult in the Catskill Mountains. It won Best Director at the latest Sundance Film Festival. The trailer is below.

Closing night will feature the Australian premier of Nicolas Winding Refn’s heist film, Drive. Based on the 2005 James Sallis novel of the same name, it stars Ryan Gosling as a stunt driver who moonlights as a get away driver by night. When he falls for his next door neighbour (Carey Mulligan) he finds himself pulled into what he hopes will be one last heist. The director has cited the 1968 Peter Yates classic Bullitt as one of his key influences for the film, but the little known 1978 Walter Hill pic, The Driver, starring Ryan O’Neal must have been in his mind as well, as the two cover very similar ground.

This film looks fantastic. It won the best director award at Cannes and the supporting cast includes Ron Pearlman, Mad Men’s Christina Hendricks and Albert Brooks. That said, I reckon this, The Guard and Martha Marcy Mary Marlene have mainstream release written all over them.

Last but by no means least, the Australian section includes a couple of interesting looking offerings. Swerve taps into a rich tradition of ‘loner-finds-suit-case-full-of-money-decides-to-keep-it-and-all-hell-breaks-loose’ films.

X is the story of two Sydney prostitutes who find themselves at the wrong place at the wrong time and end up being hunted by a maniac as a result. It’s the fourth film by Jon Hewitt. A sufficiently long enough period has elapsed since I sat through his 1999 police-seriel killer stinker, Redball, for me to revisit Hewitt. His last effort, Acolytes in 2008 about three teenagers who blackmail a local serial killer into dispatching an ex-con that they loath actually sounds pretty interesting. Despite the fact that X will most likely get a release, I might try and catch it at the festival.