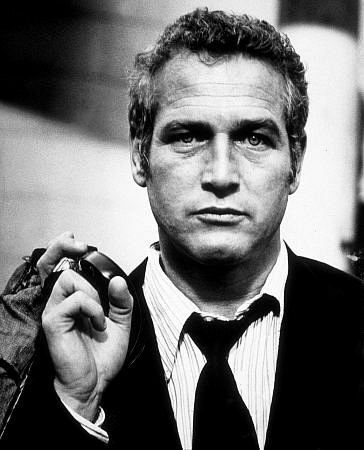 Newman is Rheinhardt, a cynical alcoholic drifter. His first point of call after arriving in New Orleans is a church service on skid row being run by a fafe priest, Farley, who owes Rheinhardt a hundred dollars from a previous scam in New York. Before long, Rheinhardt’s hooked up with Geraldine and got an announcing job on WUSA, a local radio station ran by a right-wing firebrand called Bingamon.

Geraldine is just exhausted from a life spent hustling. Rheinhardt is the cynic’s cynic. Although he loathes Bingamon’s politics that doesn’t stop him from agreeing to front an old fashioned revivalist meeting being organised by the right-wing mogul.

The only one not prepared to go through the motions is Rainey. When he realises the survey is a farce he decides to take matters into his own hands by staging a political assassination at the rally, triggering a terrible series of events.

The screenplay for WUSA was written by Robert Stone based on his 1967 novel, Hall of Mirrors. It was directed by Stuart Rosenburg, who directed Newman in Cool Hand Luke three years earlier, and went on to do The Drowning Pool with him in 1975. Rosenburg also did The Pope of Greenwich Village and another little known 1973 crime flick, The Laughing Policeman.

Lalo Schifrin did the soundtrack and there are some great supporting characters, including Laurence Harvey (of Manchurian Candidate fame) as the bogus priest Farley and Pat Hingle as Bingamon (he also played the mob boss Bobo Justus in the 1990 adaptation of the Jim Thompson novel, The Grifters).

Despite being too beautiful to play a real alcoholic, Newman fits into the nightmare landscape of neon bars and halfway houses perfectly. He plays Rheinhardt with all the dripping ennui he can muster. The chemistry between him and Woodward his future wife is palpable.

Like so many films from this era, WUSA takes its time getting to the story and is not afraid to explore multiple plot strands, not all of which play out, and there are no happy endings.

The paranoid chaotic of the film is summed up wonderfully by Farley, as he and Rheinhardt flee a riot triggered by Rainey’s actions.

After Rheinhardt turns down Farley’s offer to flee town together, the priest tell him, “Make it soon or you’ll find yourself someone’s conspiracy theory. Dangerous times, violence, disorder, nobody’s straight these days.”

WUSA is available from Olive Films.